At Lindus Construction, we’re always excited by home improvement trends and eager to embrace concepts our clients are passionate about.  In recent years, we’ve noticed an uptick in homeowners that are making remodeling decisions that reflect their personal tastes, rather than those of a potential home buyer that may not enter the picture for several years.  Our recent client, Bill, chose to do just that.  At times, he’d considered purchasing a vacation home, but ultimately decided to make his primary residence the sanctuary he desired. 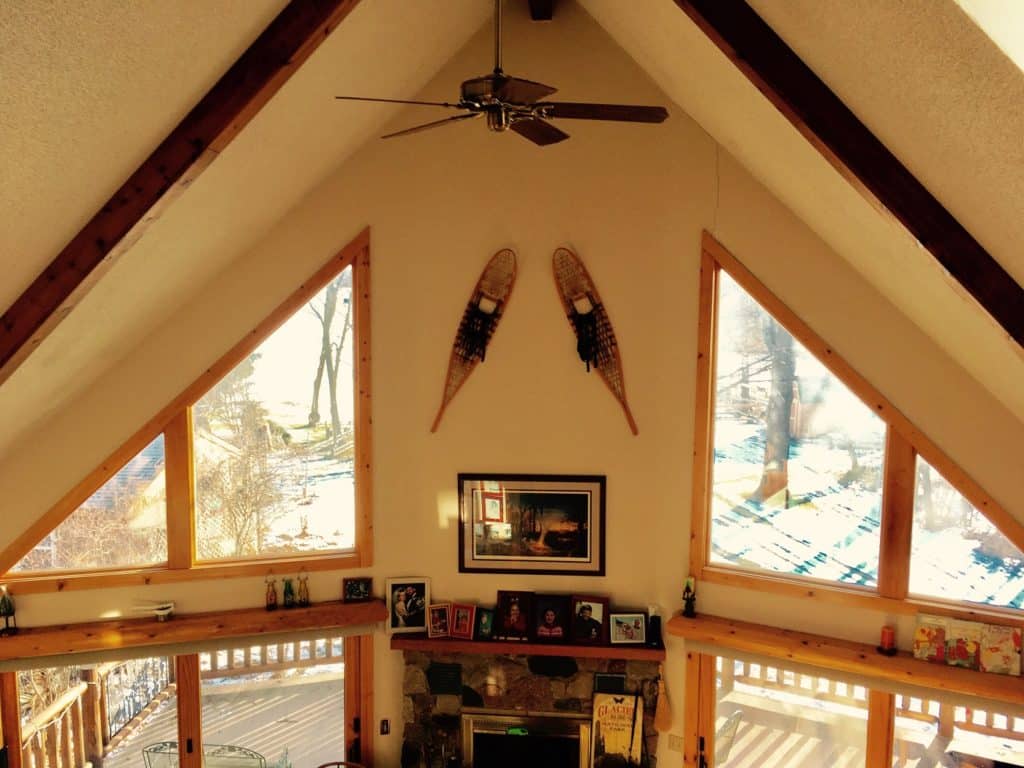 When Bill first approached us, other areas of his 1980’s home had been updated to give the ambiance of a modern rustic lodge.  However, his great room still needed to be updated with this design concept.  He understood that a project of this caliber required thoughtful planning and ample time to complete the work.  For that reason, he reached out to us over the winter months with the goal of having the project completed prior to the summer wedding he was hosting at his home.

As a custom home remodeling company, our biggest goal was to execute Bill’s vision with enhancements that would appear to have originally been part of the home.

Fireplace: We updated the room’s existing fireplace with new brown bricks in varying hues.  The original fireplace was extended to the ceiling to give the allure of a chimney. 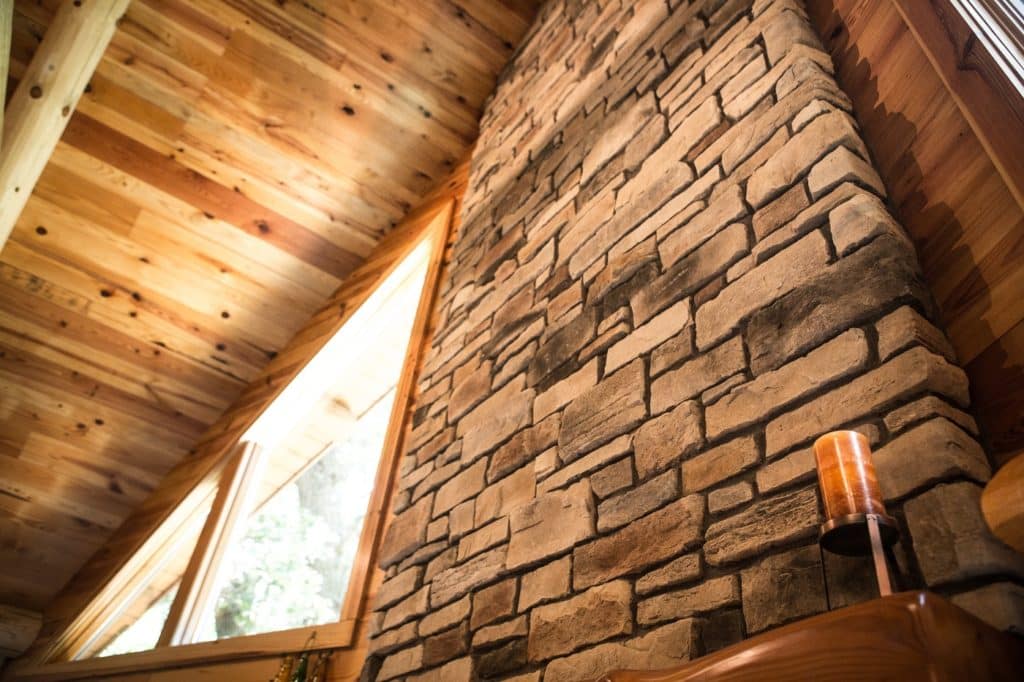 Ceiling: Before commencing work on this project, the ceiling had accent beams that certainly contributed to the room’s appeal, but could be improved upon.  We replaced these with stunning logs and configured them in a way that gave them the appearance of support beams.  Reclaimed southern yellow pine that we pre-finished was also added to the ceiling to promote the allure of a log cabin.  The upstairs bathroom was shortened up a few feet to open up the sightline within the loft. 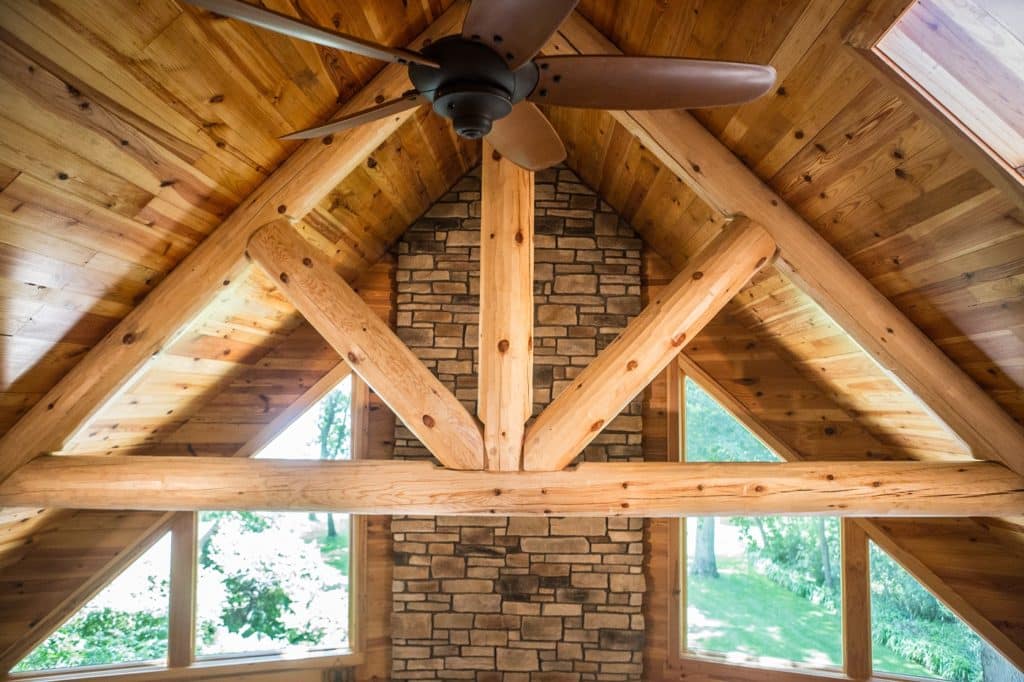 Upon completion of this project, Bill had the following to say: “It turned out great, the carpenters, brick layer and log guys did awesome work.  The work has created a great Northwoods feel to our entire house.”

Loving the look of the work we’ve done, his next project with us will likely be having the home’s upstairs bedroom ceiling transformed with wood.  This will allow it to match the great room project.

PHOTO GALLERY OF AFTER PHOTOS

Take a look at the beautiful craftsmanship that took place at Bill's home. 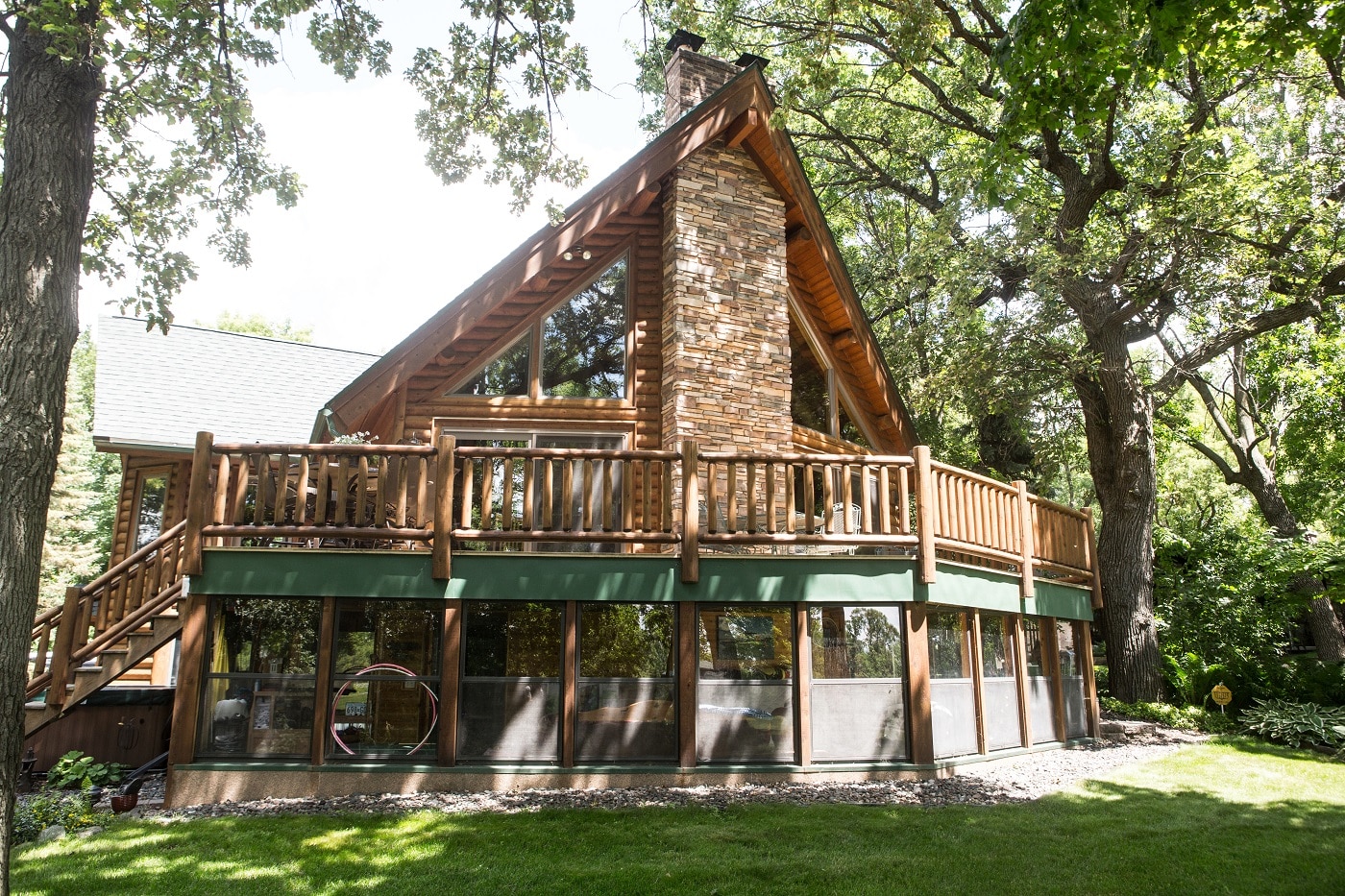 Our mission was to match the interior to the exterior of the home. 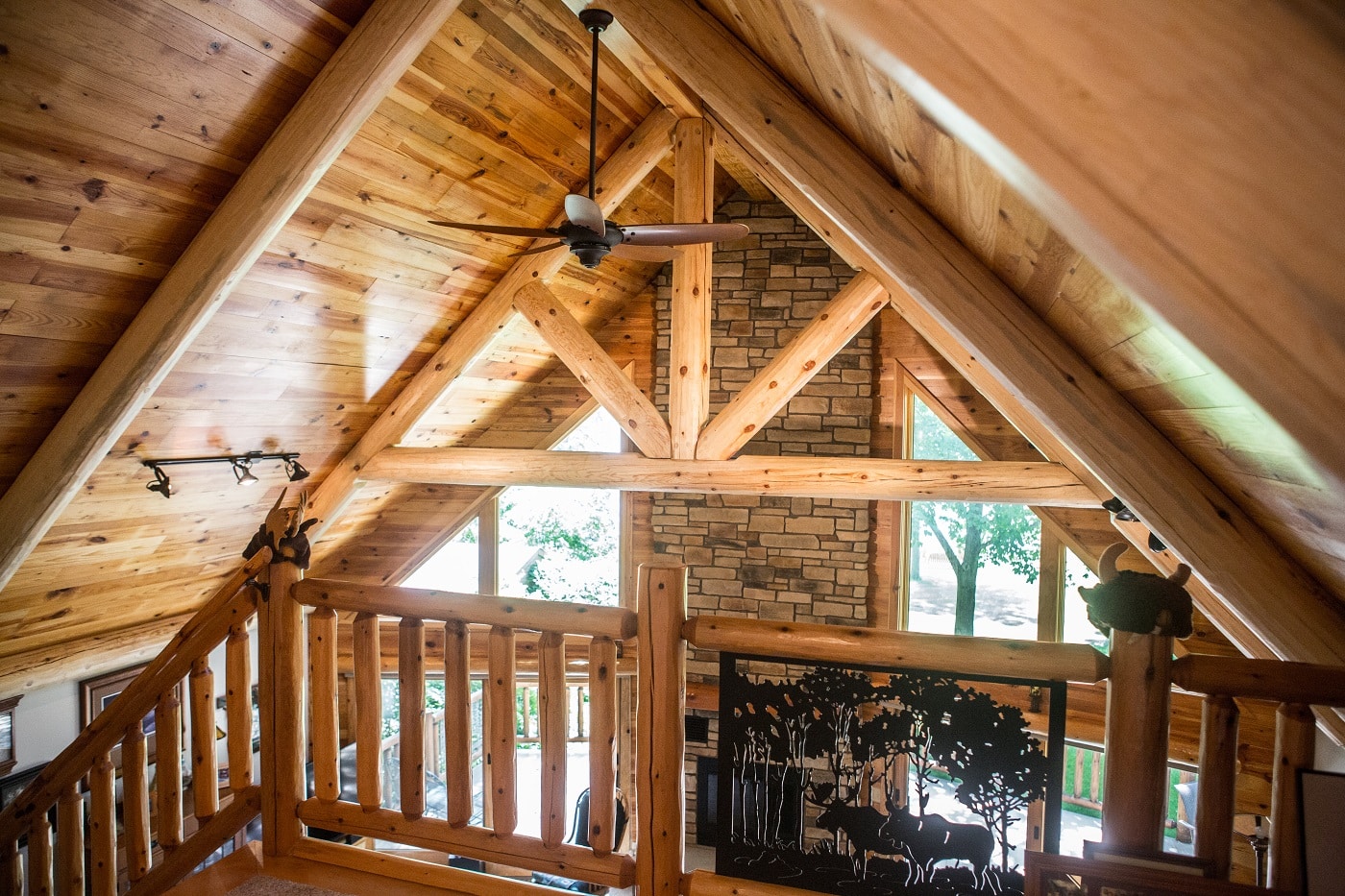 Before commencing work on this project, the ceiling had accent beams that certainly contributed to the room’s appeal, but could be improved upon. We replaced these with stunning logs and configured them in a way that gave them the appearance of support beams. 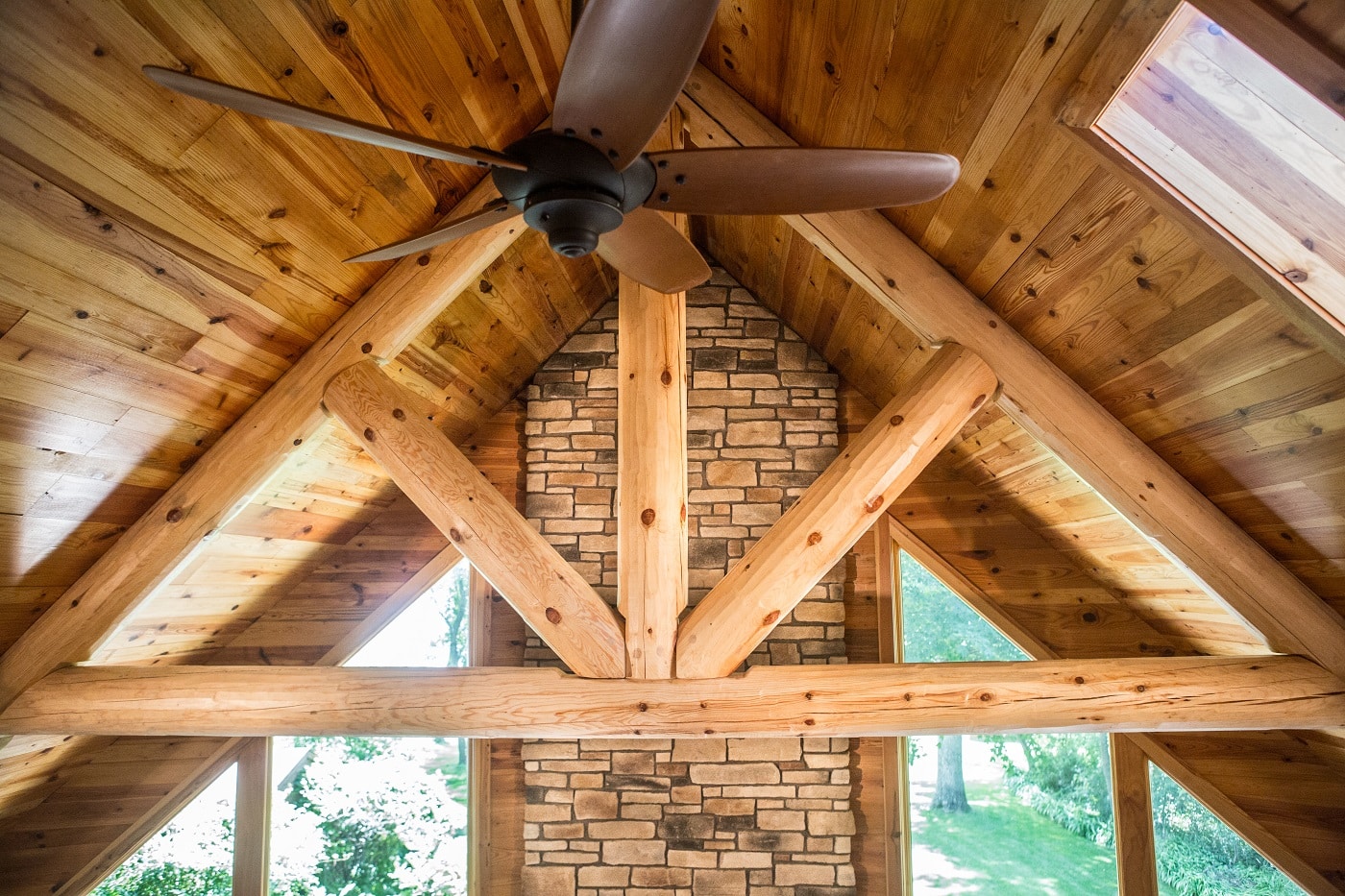 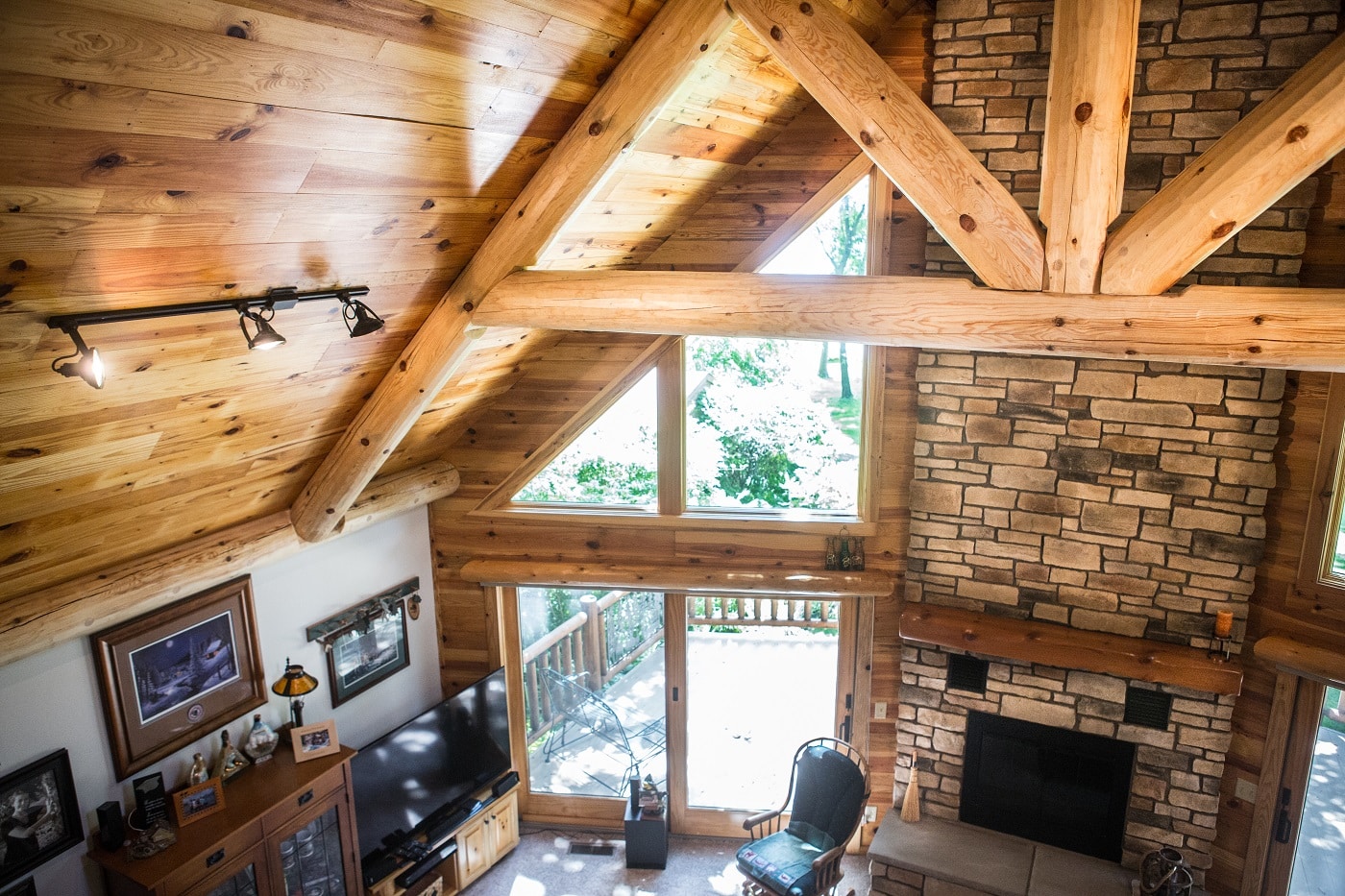 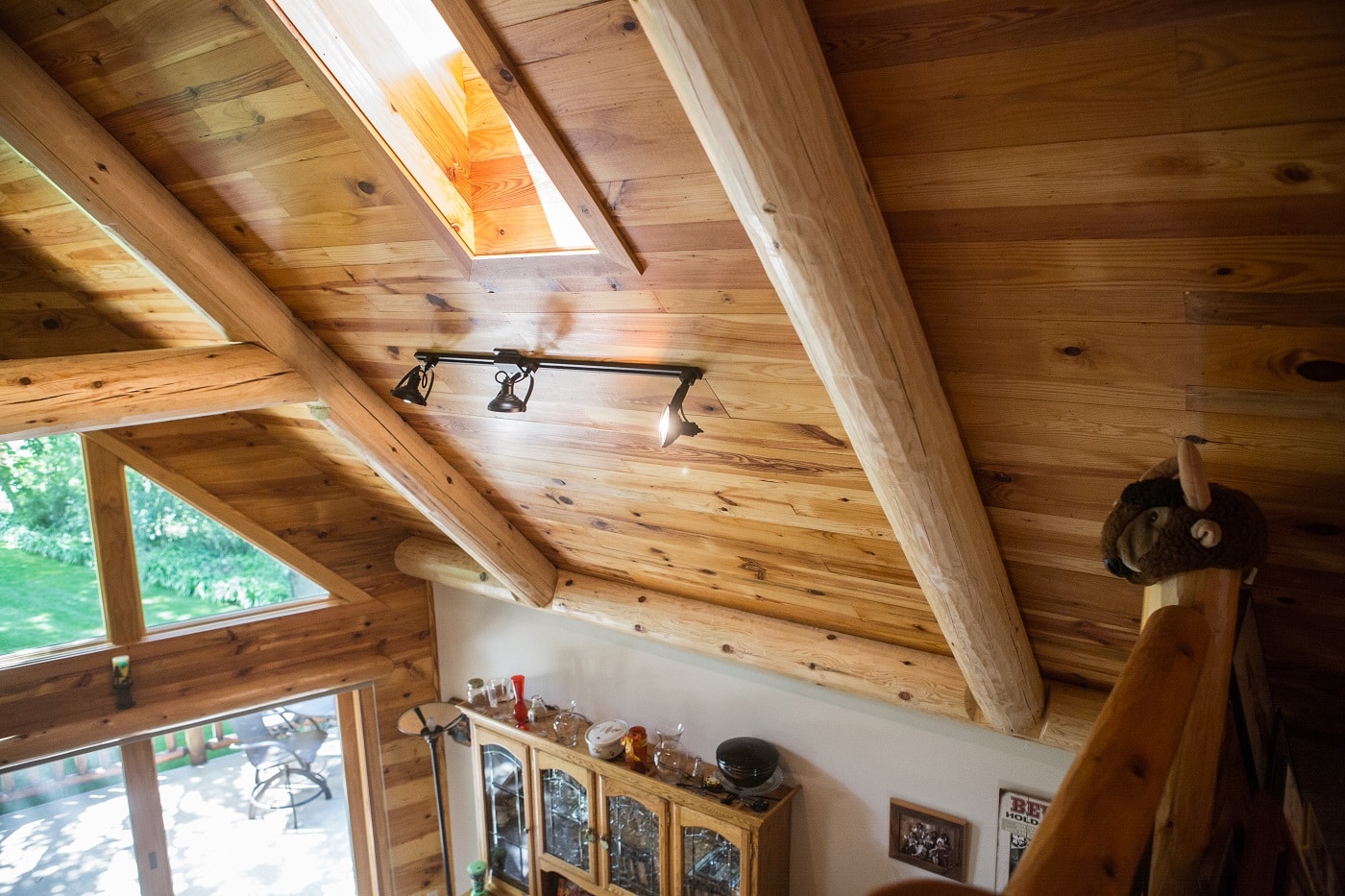 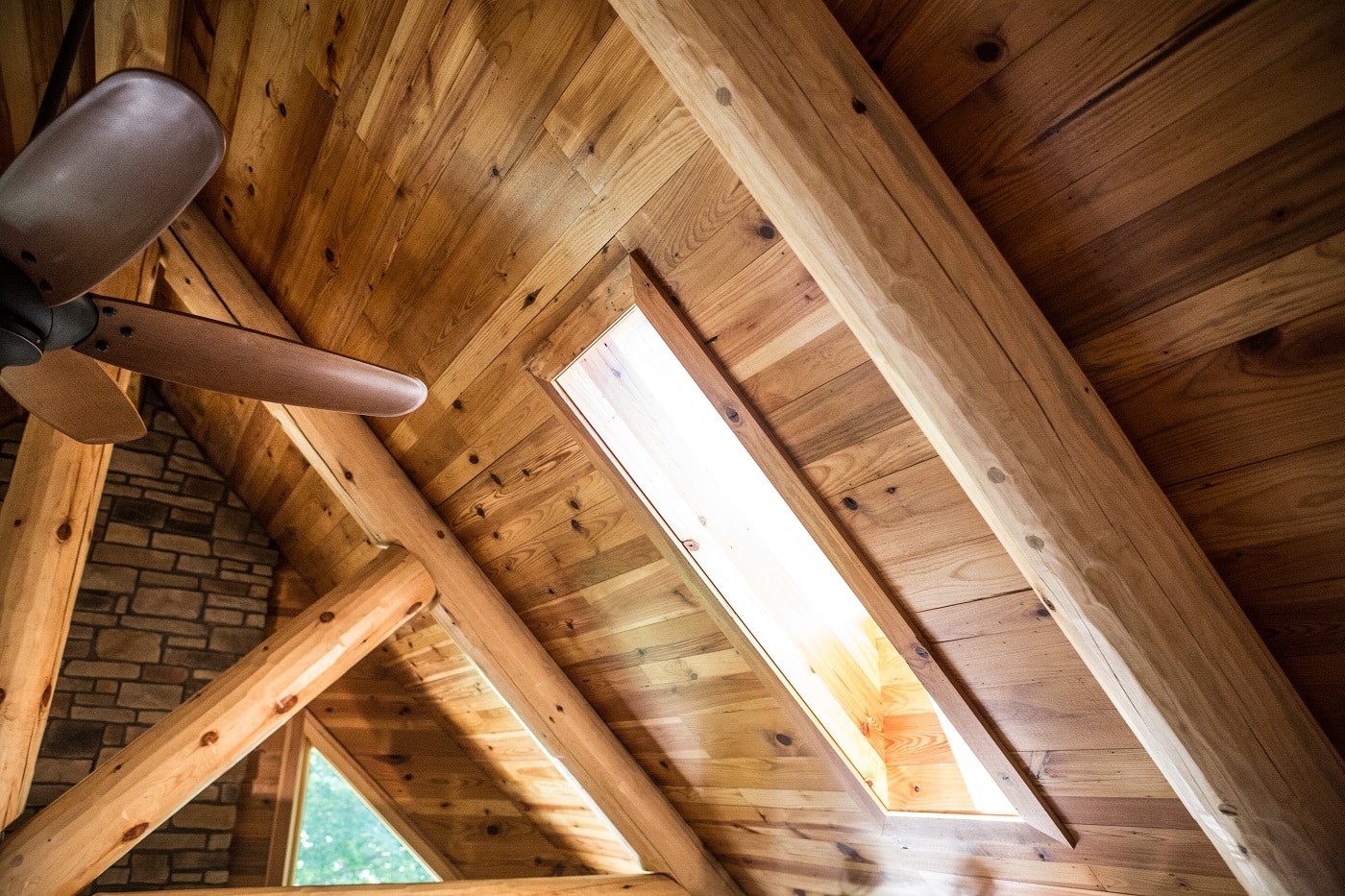 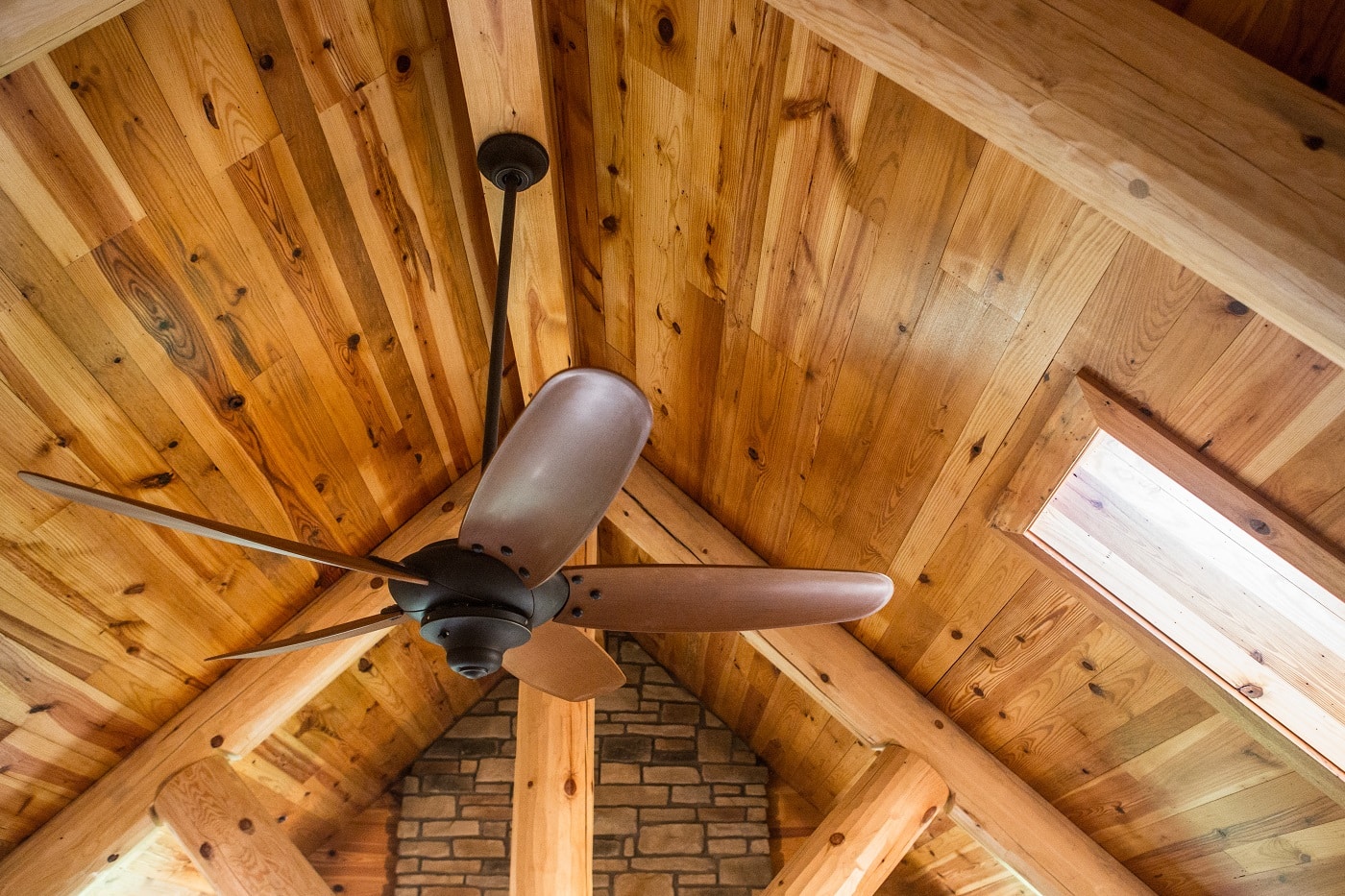 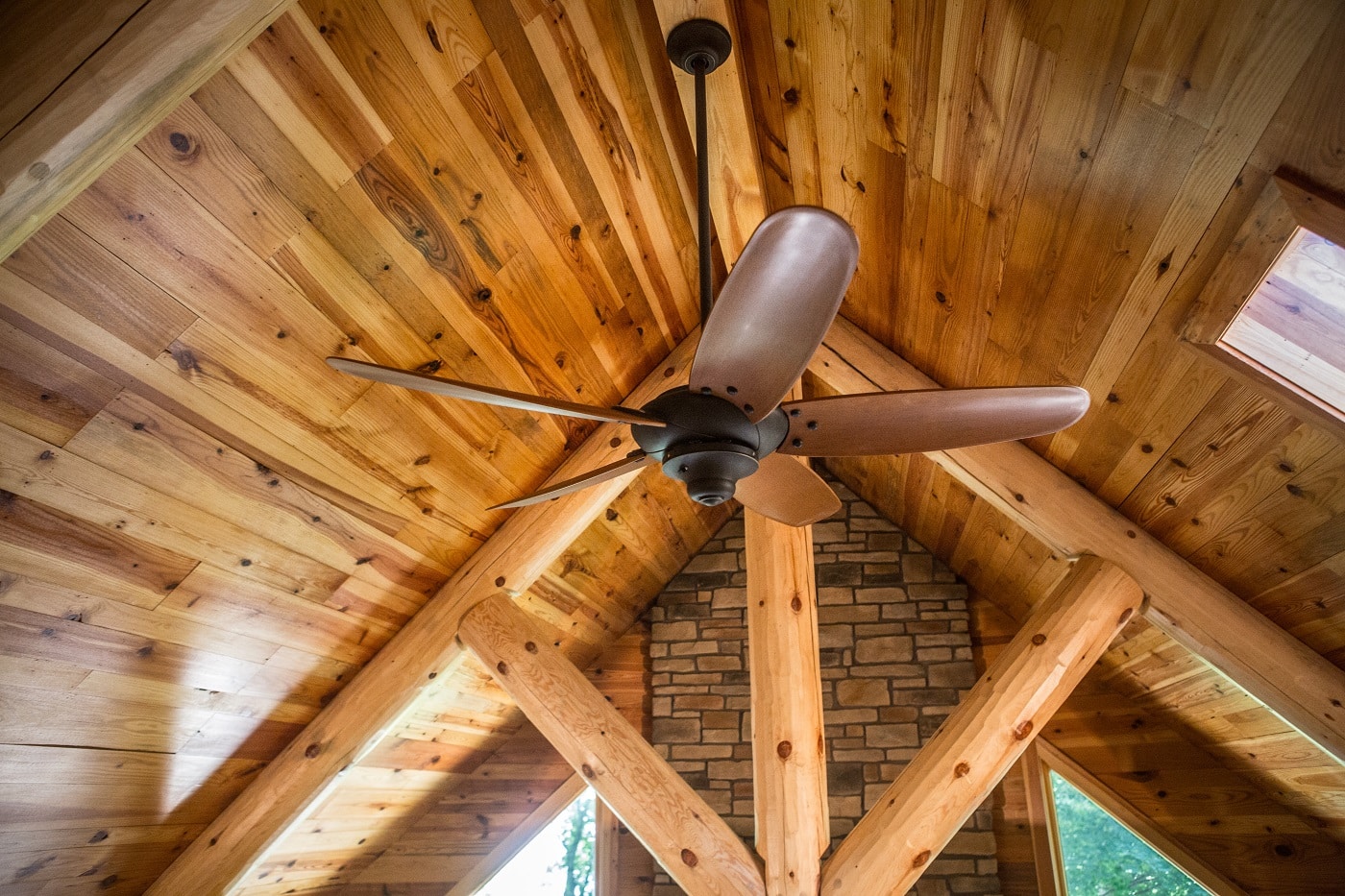 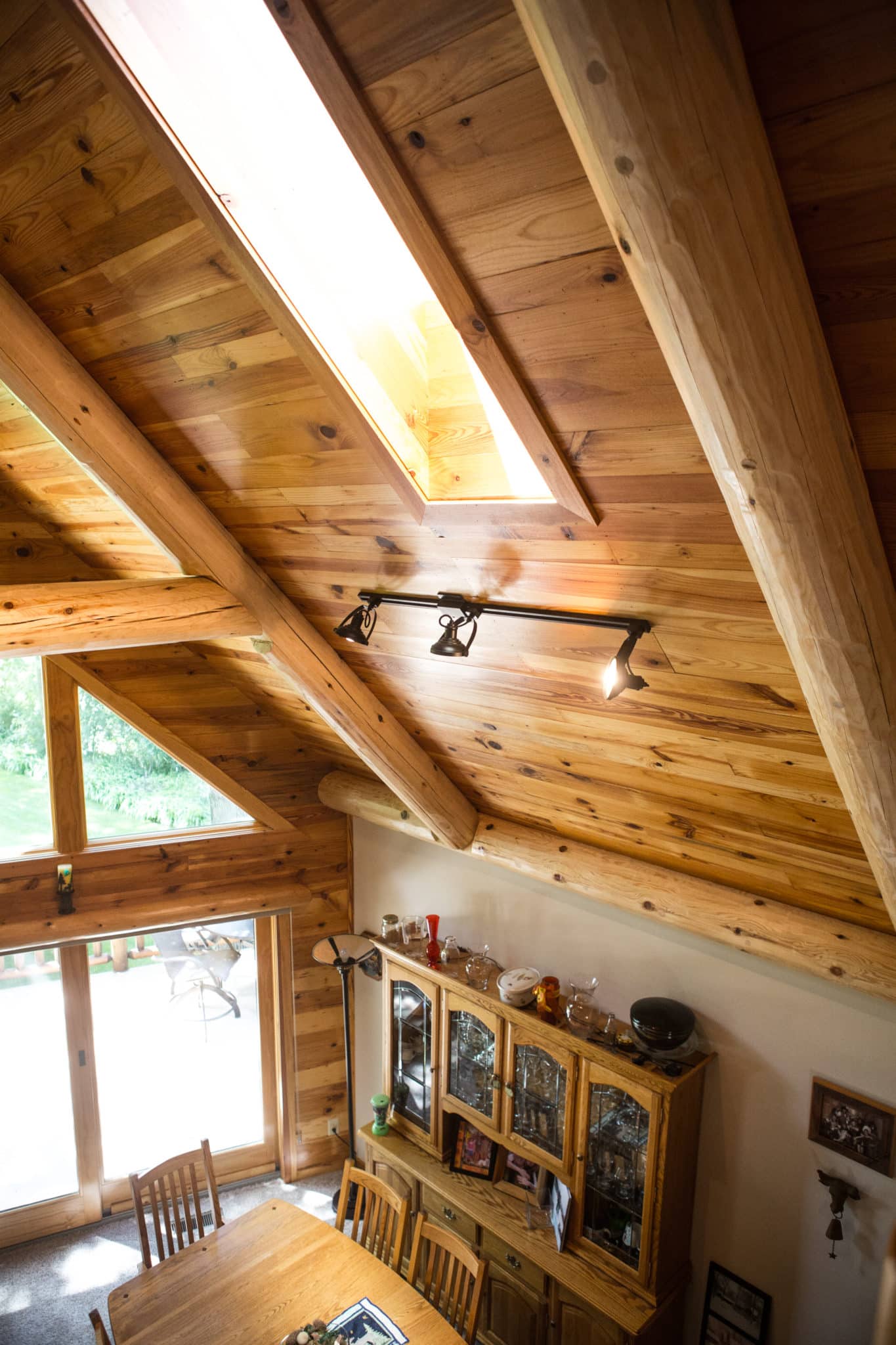 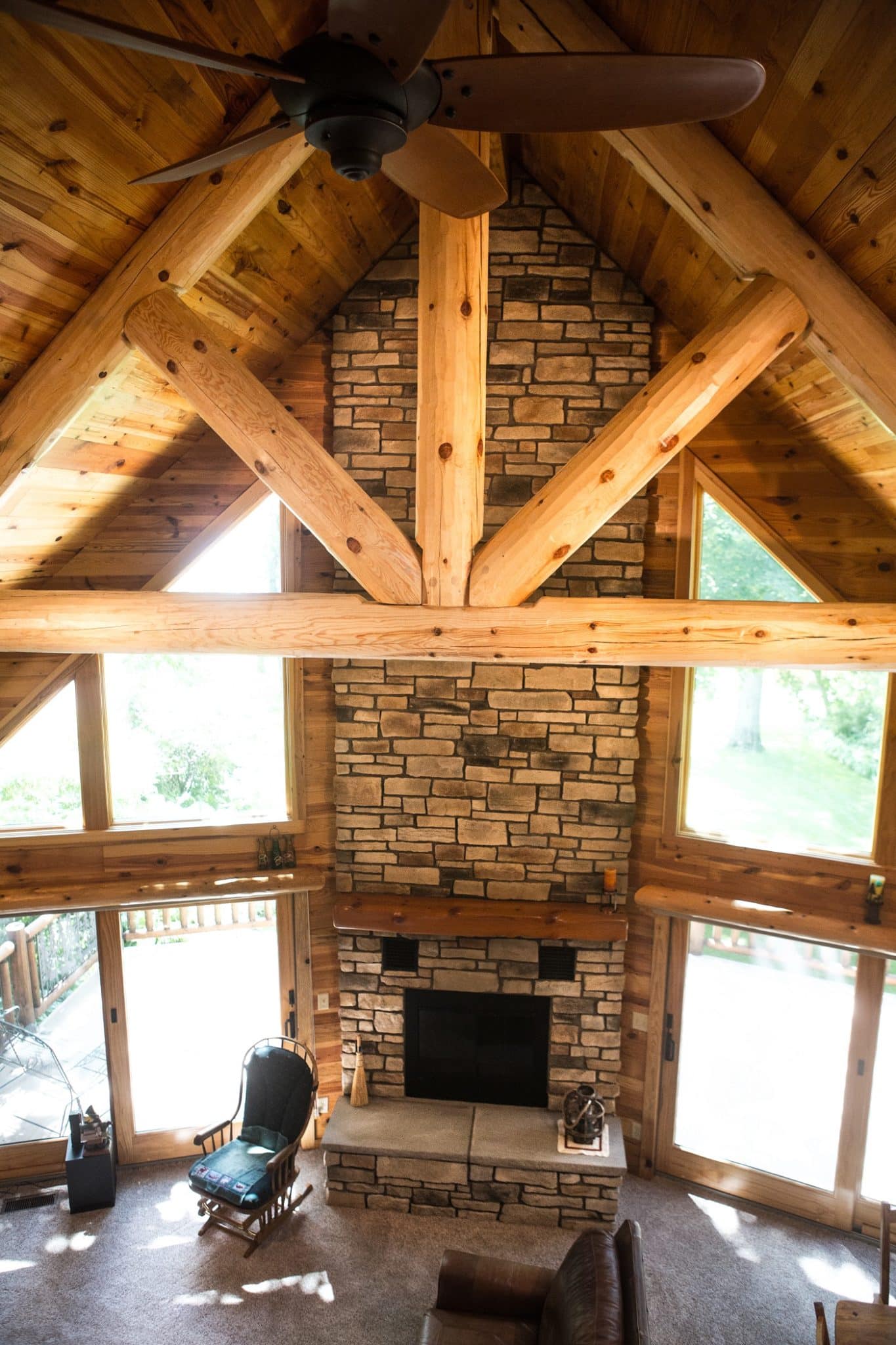 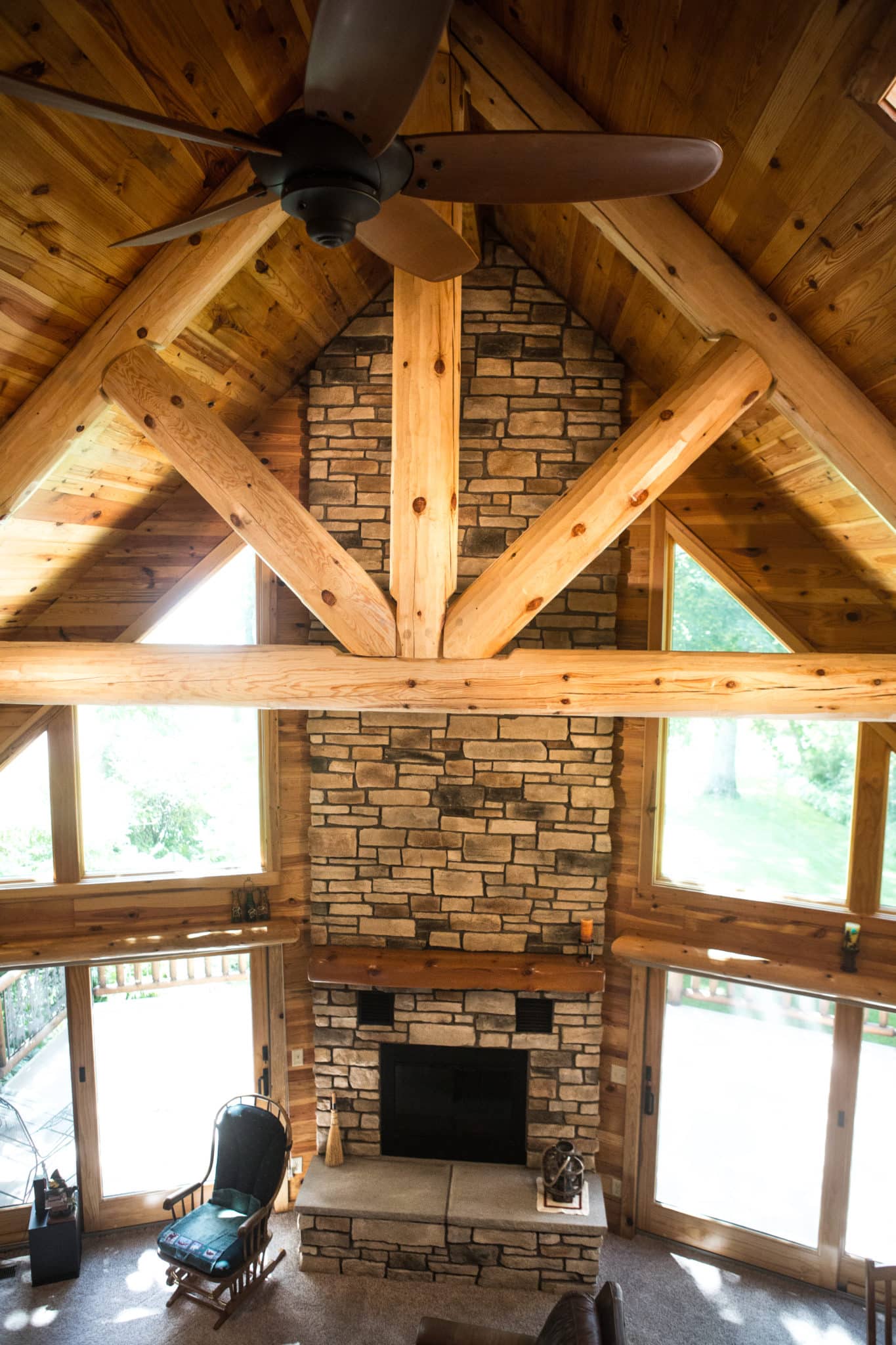 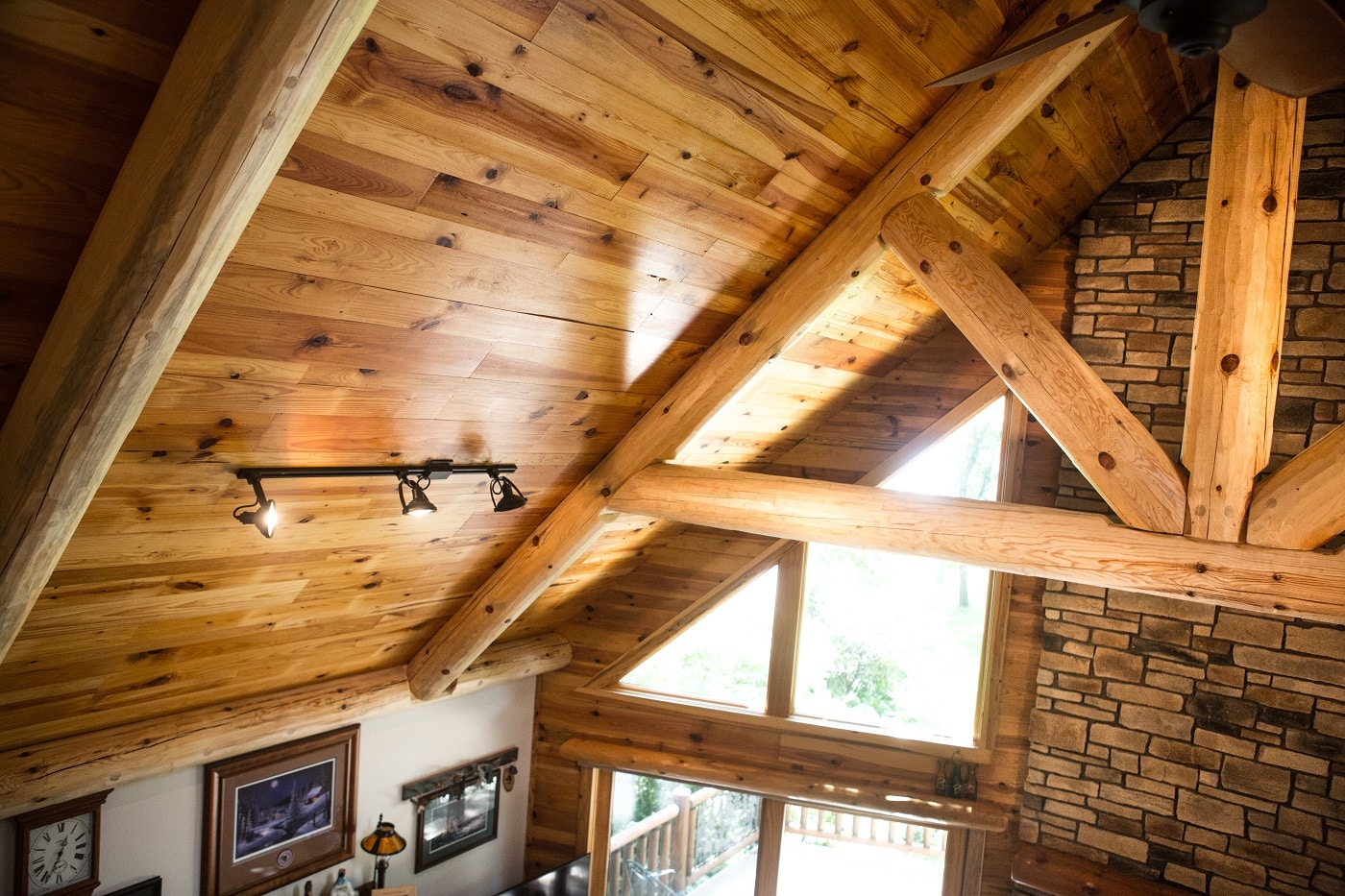 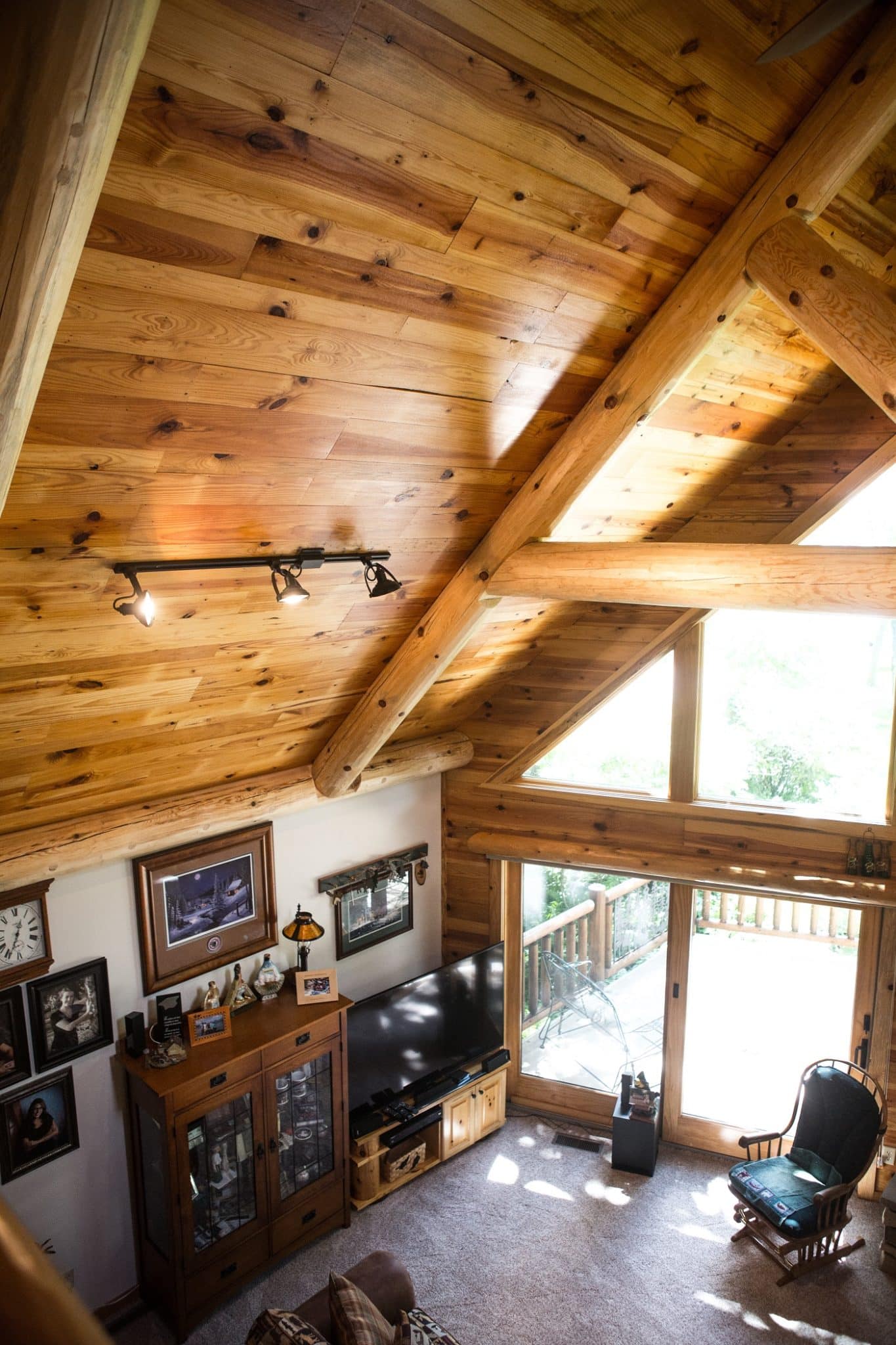 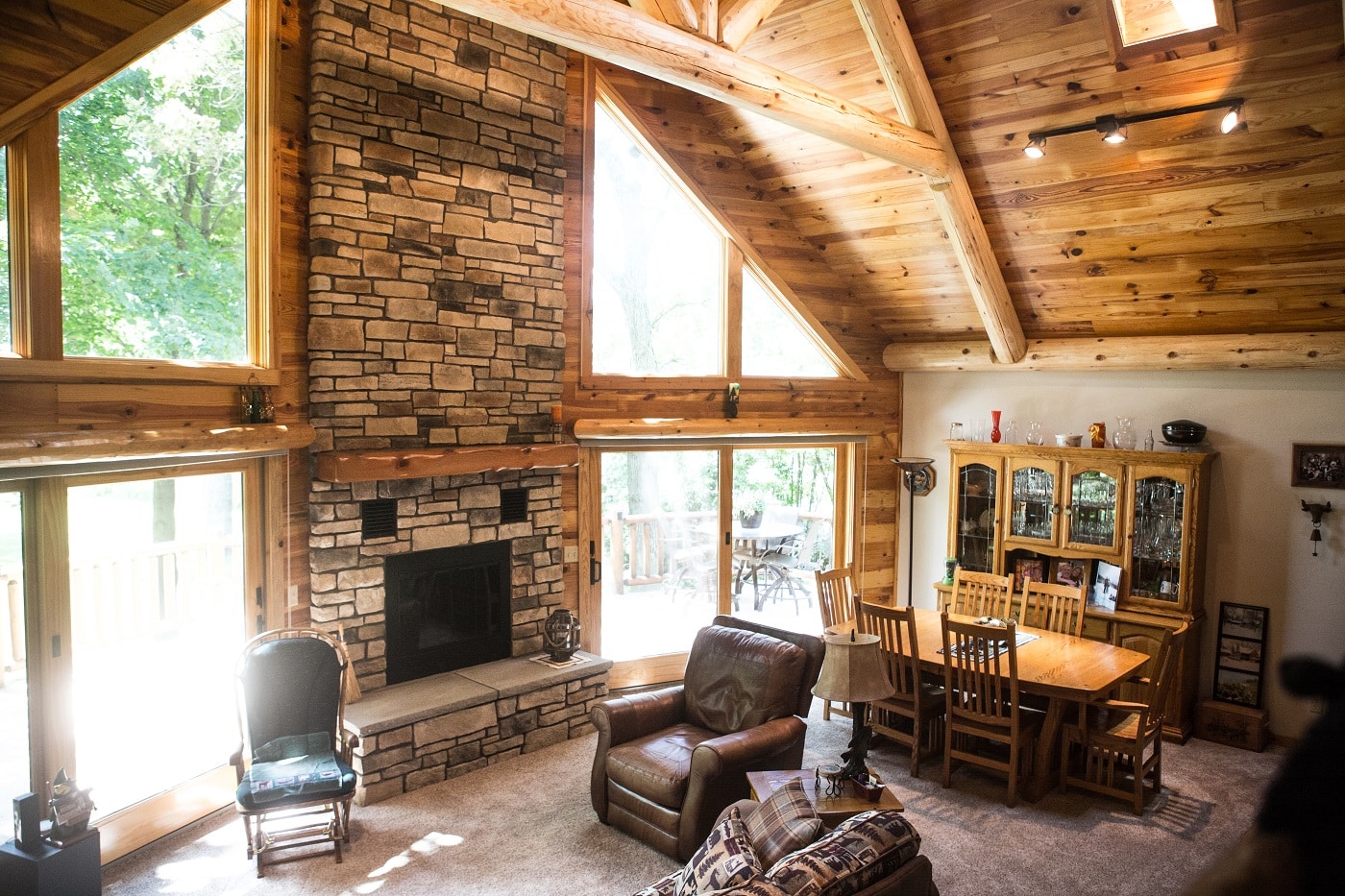 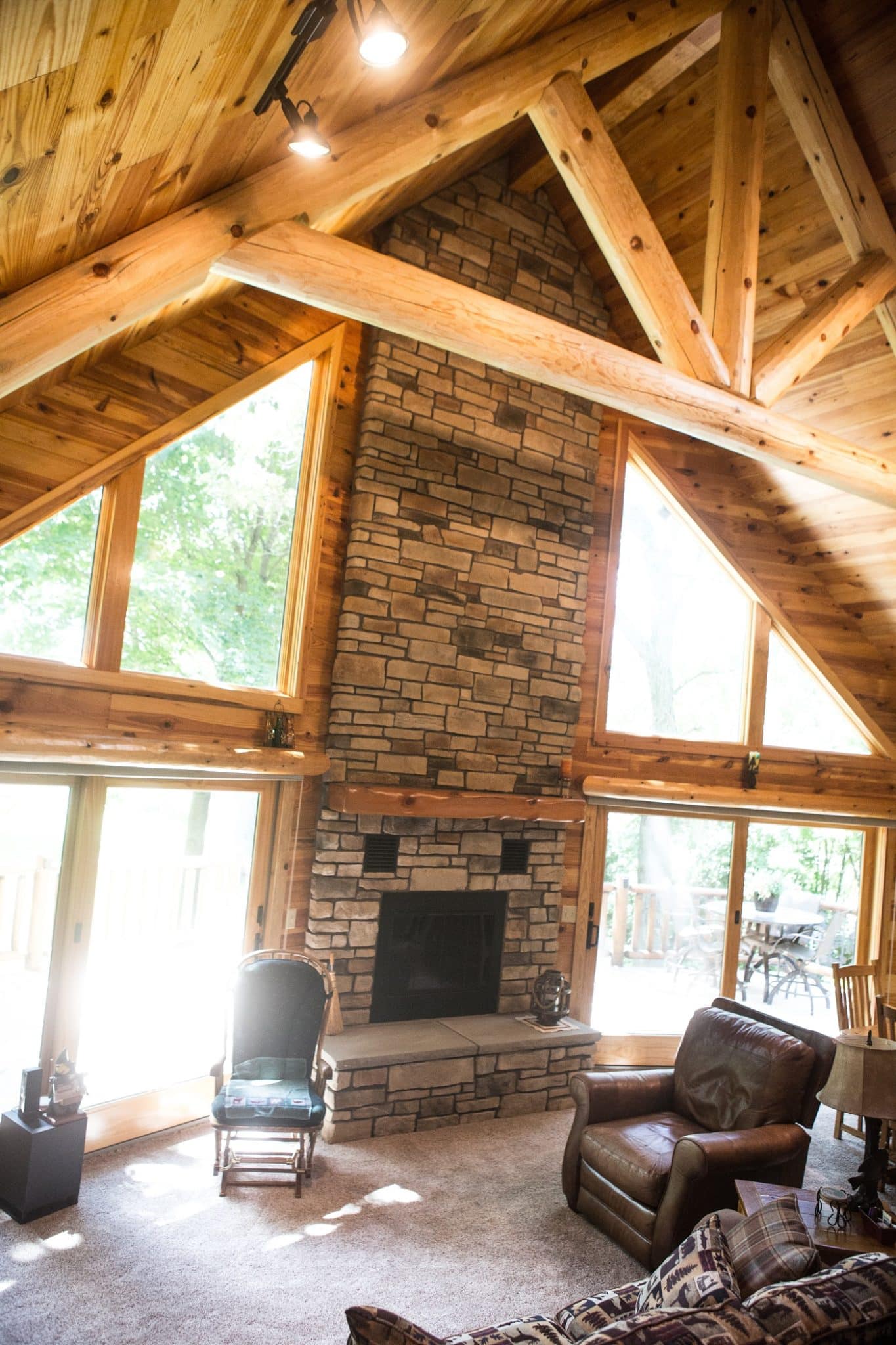 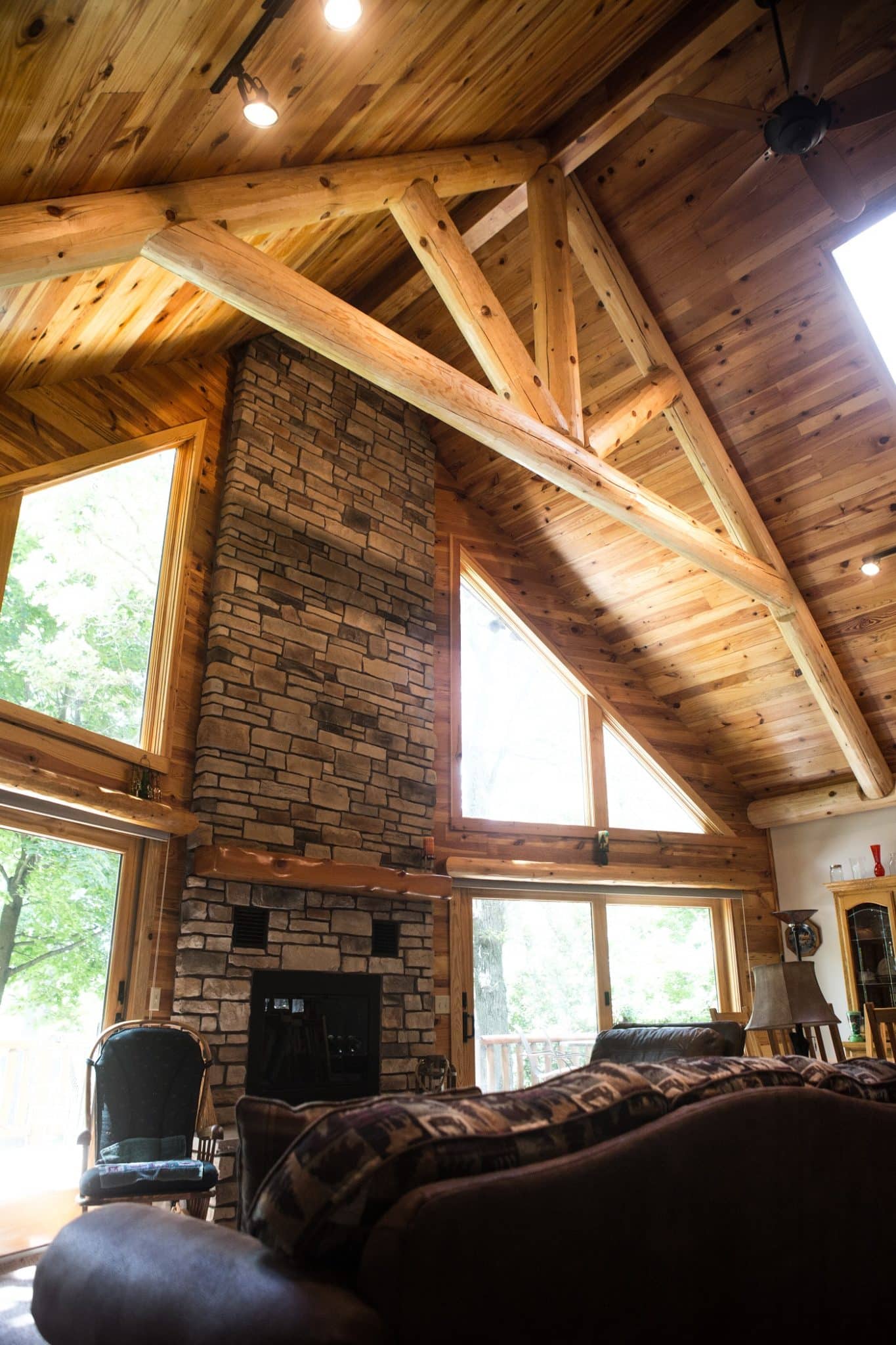 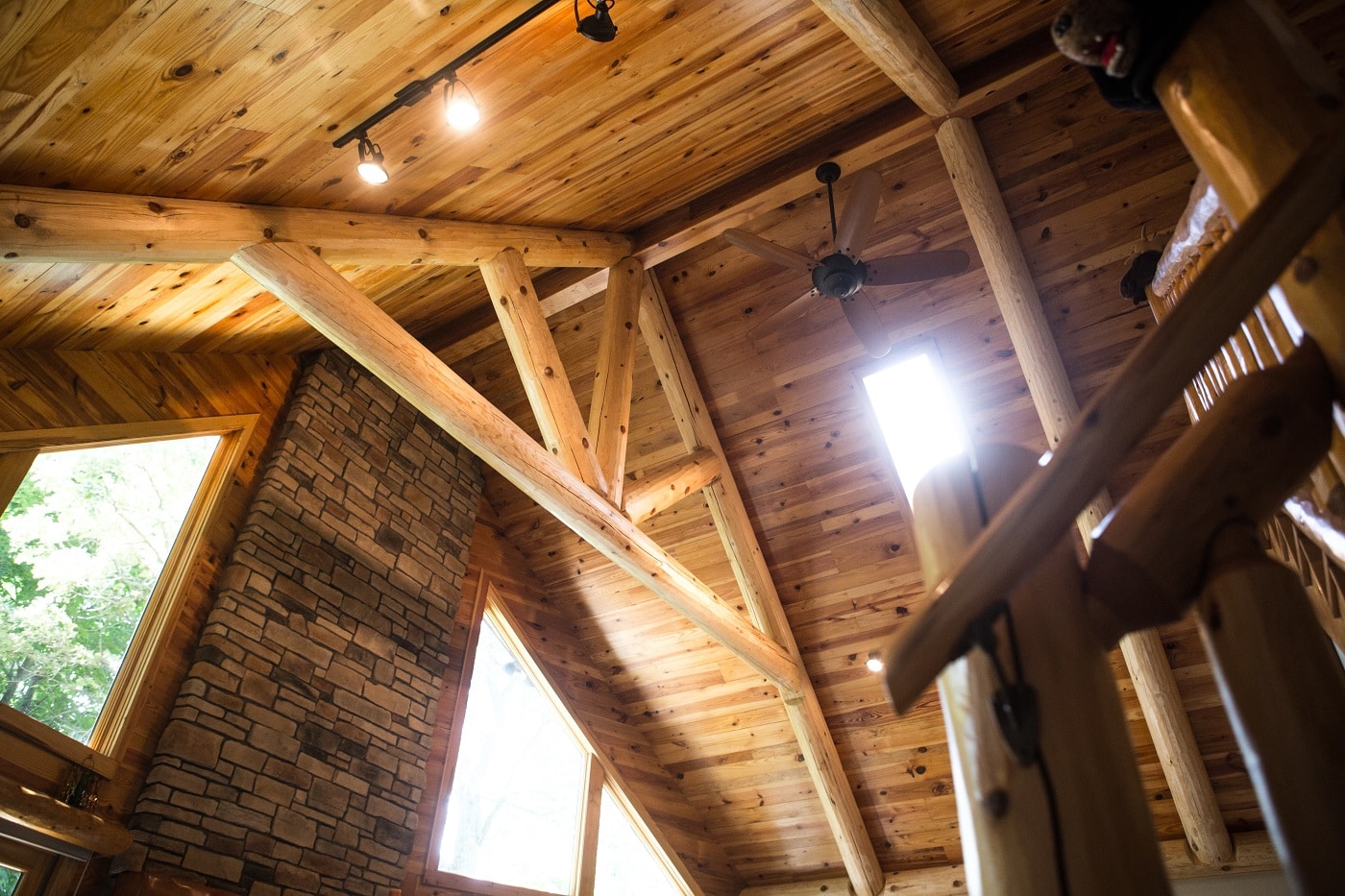 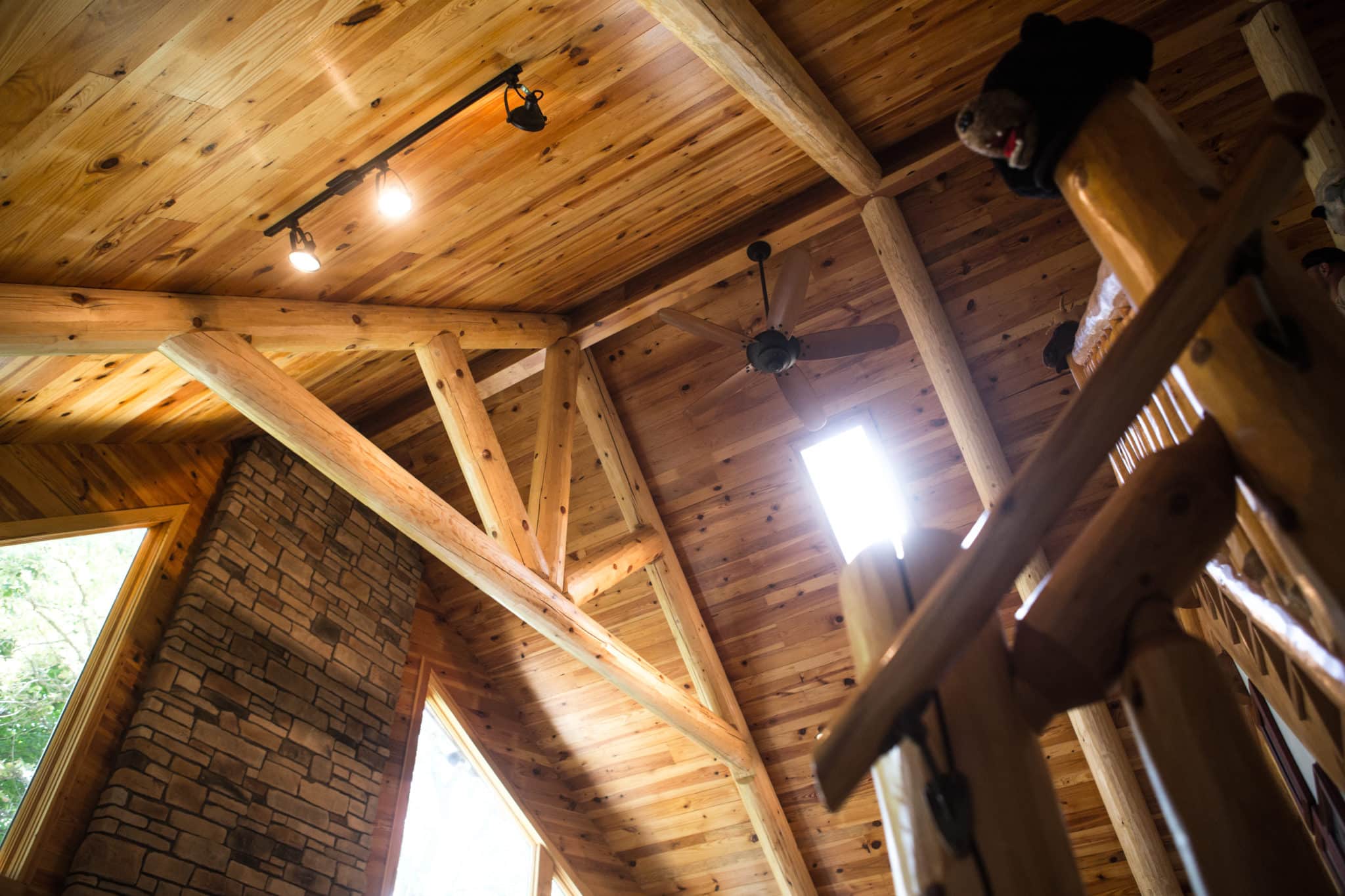 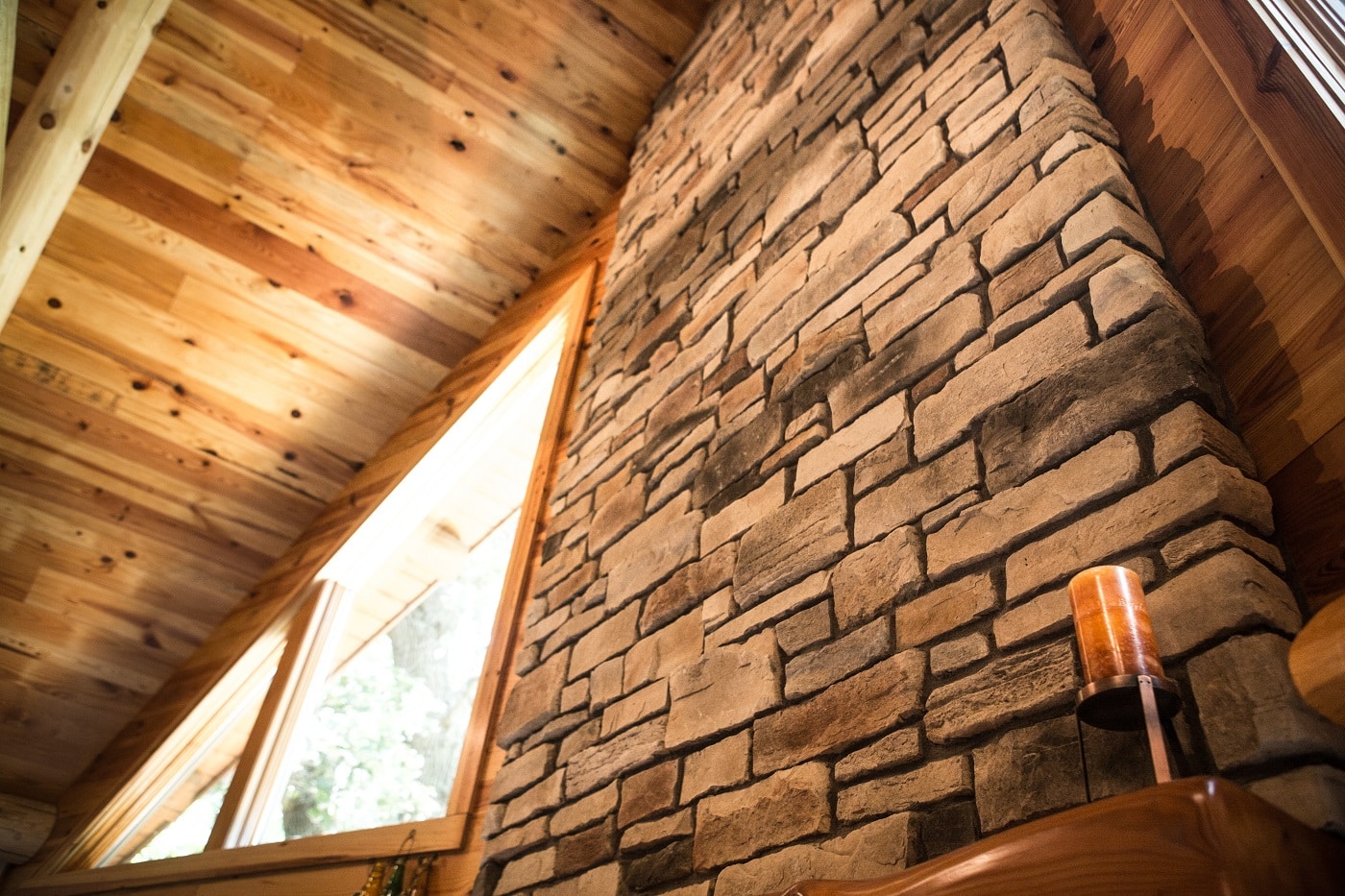 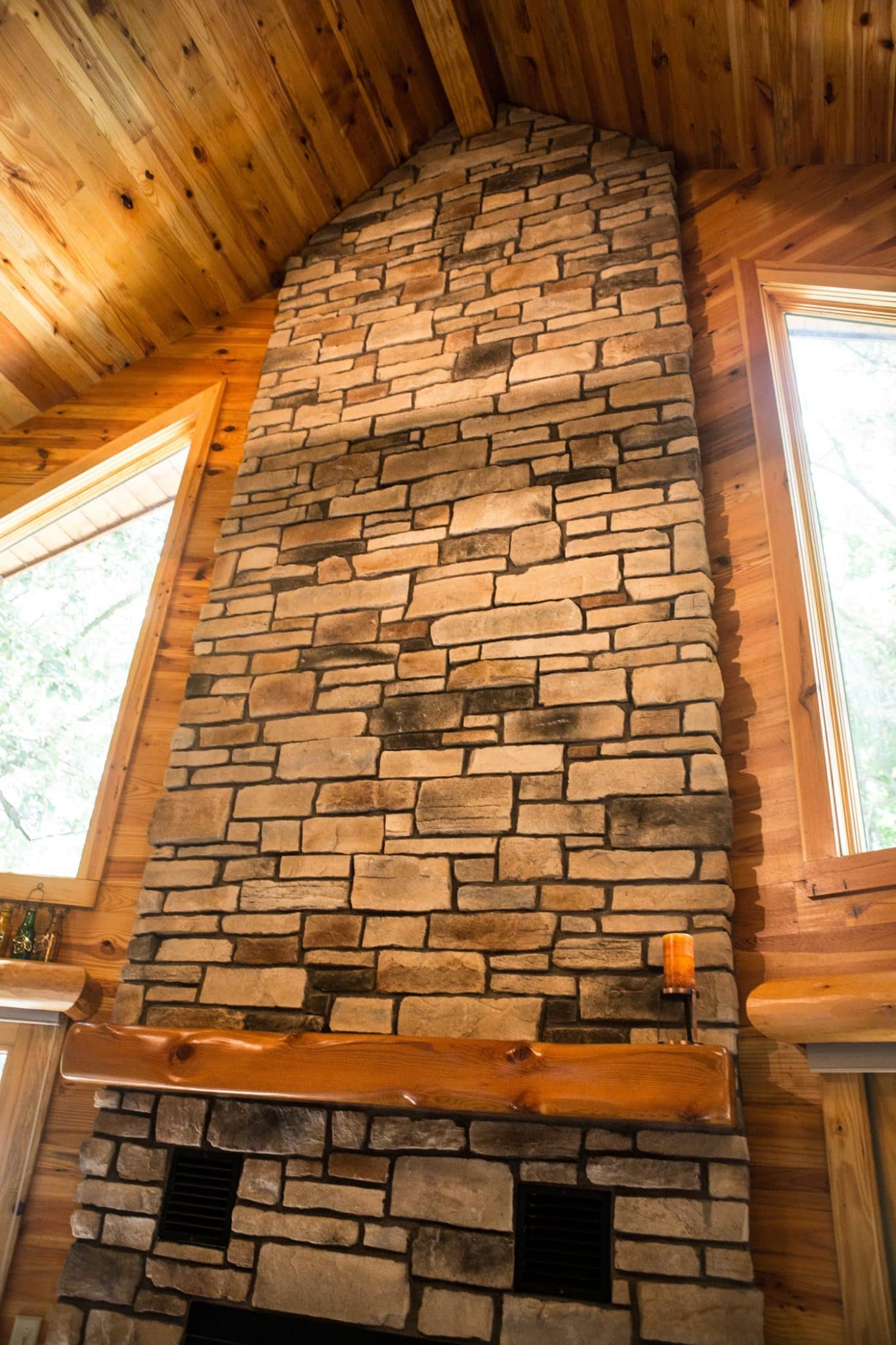 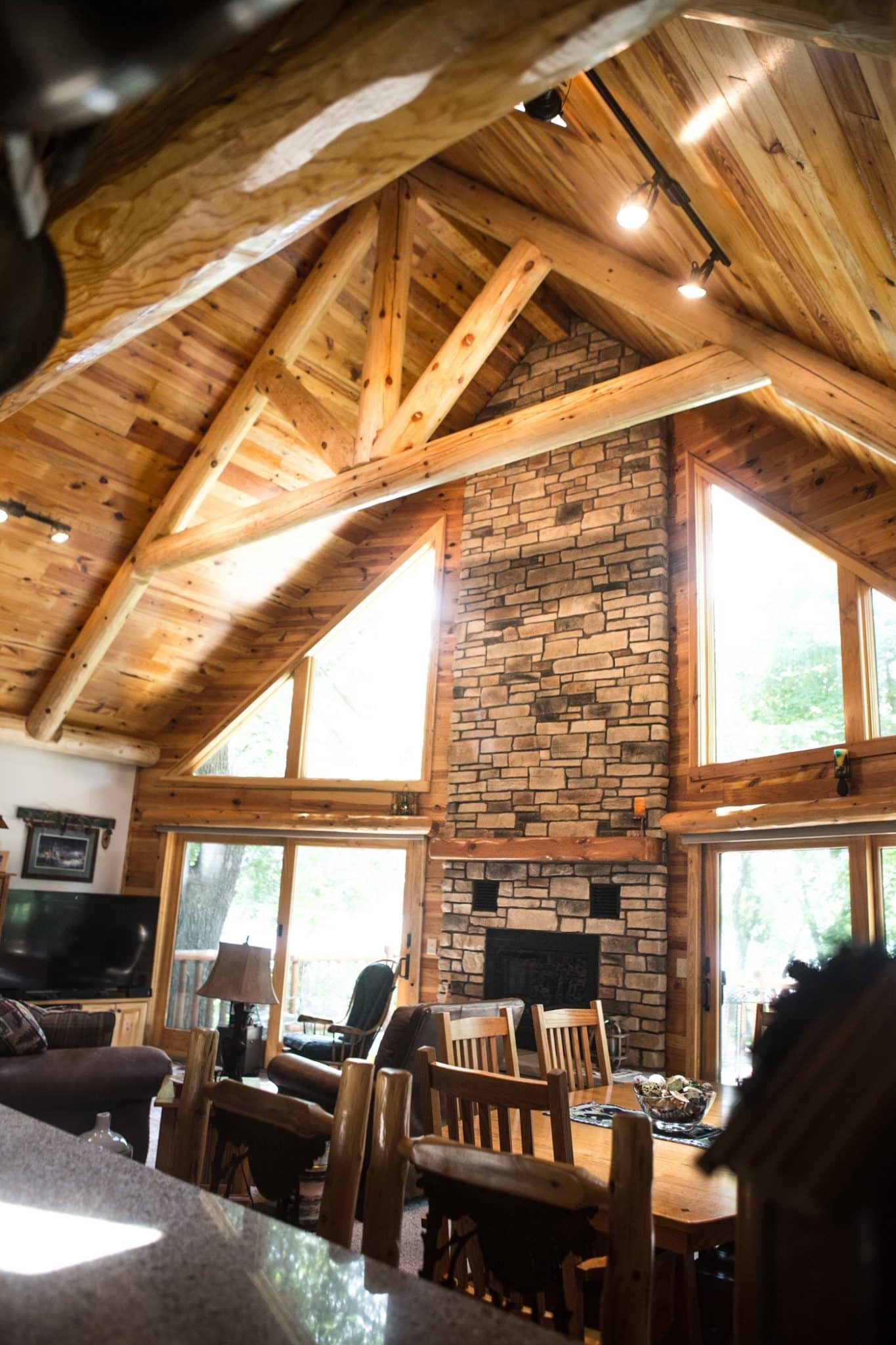 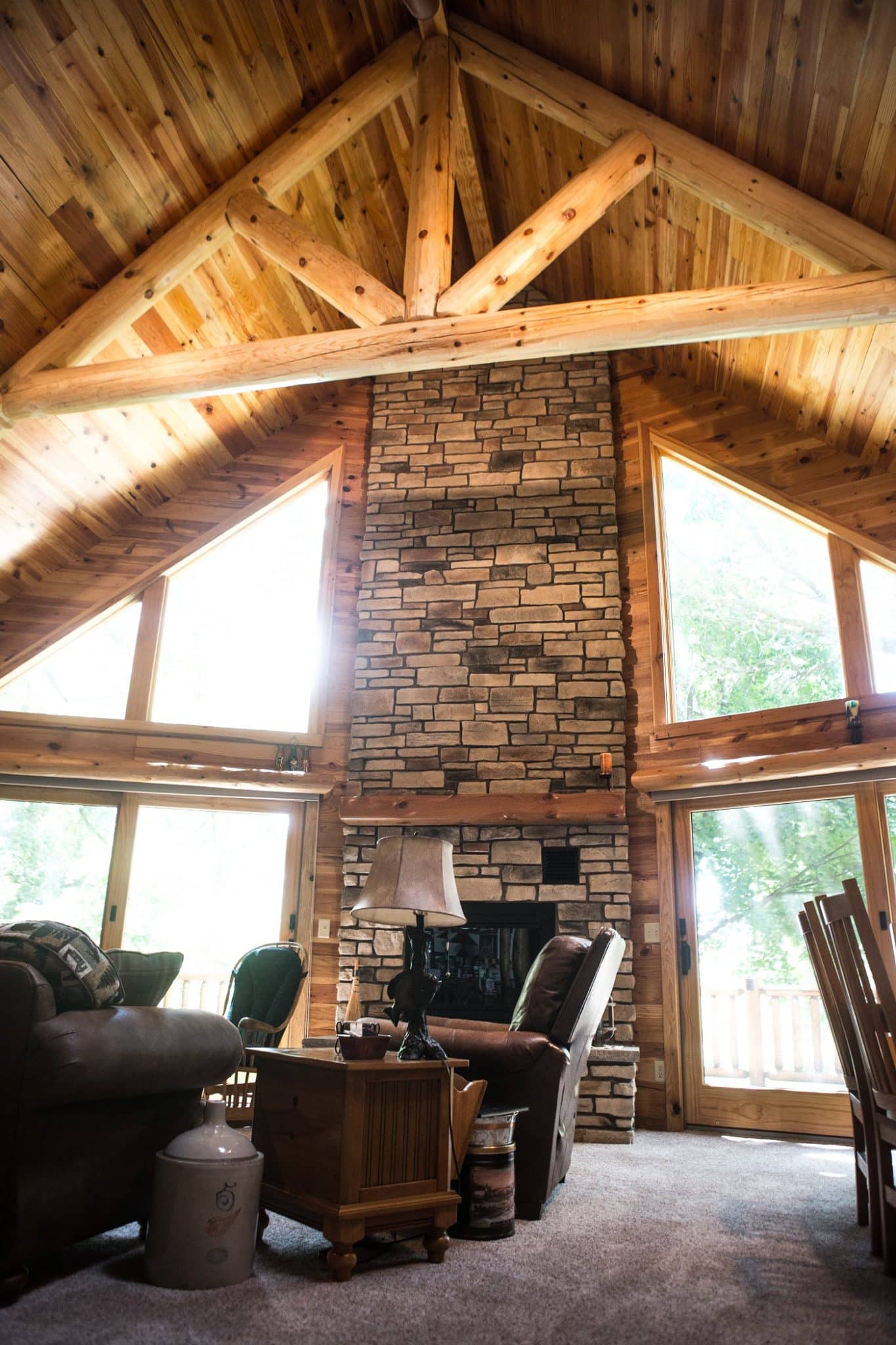 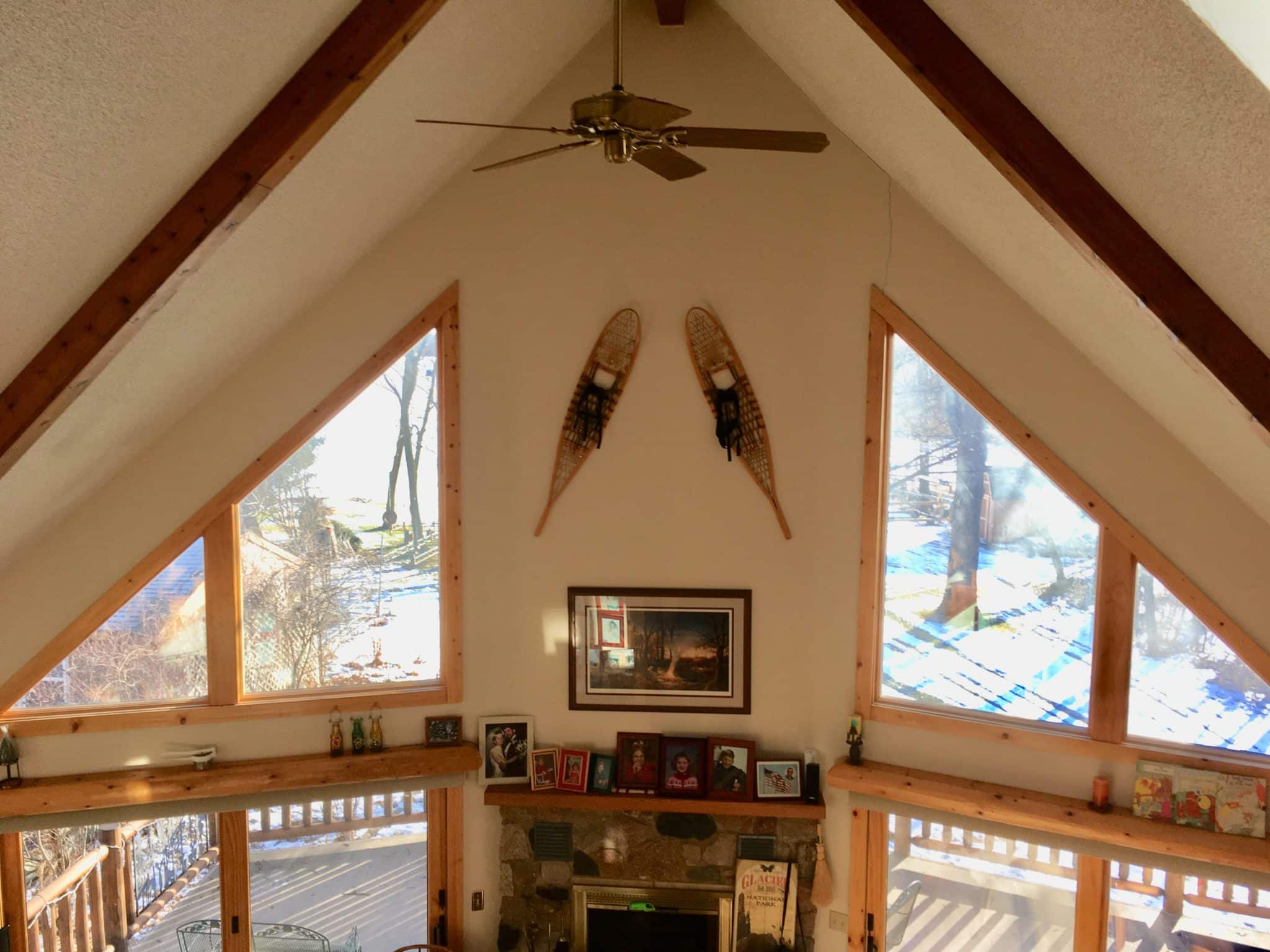 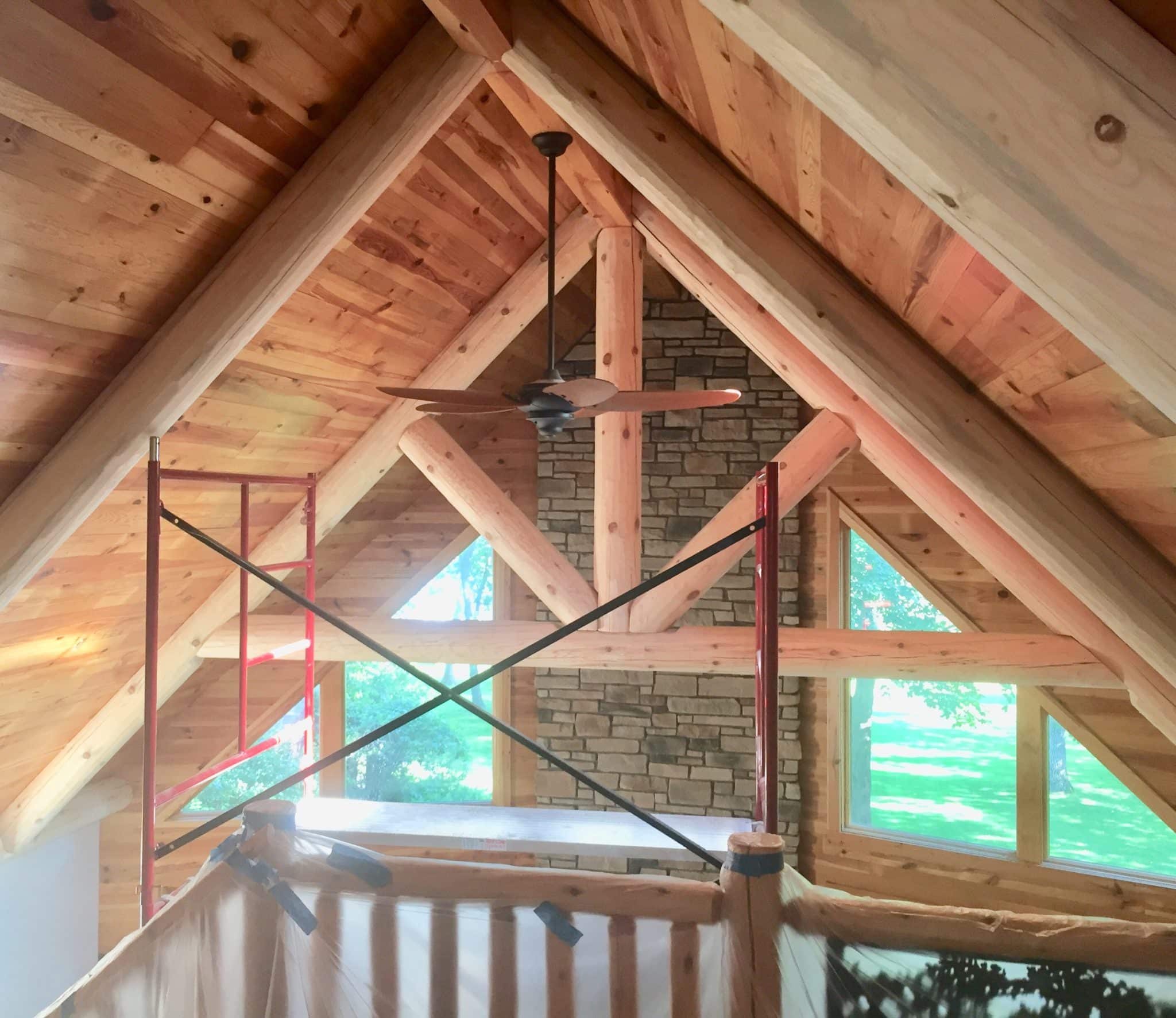 This western Twin Cities kitchen renovation included a variety of enhancements such as countertops, appliances, flooring, and cabinets.
Learn More

These homeowners had a wish list that included updates to a master bathroom, dressing room, and staircase.
Learn More

Get an insider look at a Twin Cities kitchen remodel completed in a historic home.
Learn More
View All

"It went well overall." - Chuck G.
August 3, 2018 Forest Lake, MN
"Great, they were prompt and professional. - Doreen H.
June 4, 2018 Forest Lake, MN
"I just had the last 4 SeasonGuard windows installed in my basement. Now my entire home has this brand name window.   If you're looking for a company that cares about their reputation and workmanship, choose Lindus." - Bridgette  W.
June 8, 2017 Forest Lake, MN
Previous Next