While Debi’s 20-year old windows had once been a source of pride within her home, she’d recently noticed the telltale signs that home window replacement was necessary.  The most alarming signs were continuous ice build-up, drafts, and black mold growing on the window ledges.  It had also become evident that her home’s furnace seemed to be running all the time.  “I knew, as a new widower, that I needed to invest in my home,” Debi said.

One of the window replacement companies Debi reached out to was Lindus Construction.  Admitting that new house windows are not an everyday purchase, Debi appreciated that she was provided a reference list of past customers that she could interview about their experiences with Lindus Construction.  She was most interested in triple pane SeasonGuard windows and wanted to understand how others felt about having them installed in their home.  “Being able to talk to people on the reference list and knowing that a company is out there doing that for people meant a lot to me. I called all the senior citizens on the list because I know they are the most particular. Everyone had so many good things to say about Lindus Construction and their SeasonGuard windows,” Debi said.

Impressed with the aesthetics, energy efficiency, and integrity of her sales rep, Debi asked us to complete her full frame window replacement project.  She felt confident in her decision and didn’t feel rushed to make decisions.  Here are her reflections on working with our home window replacement department, “The young gal that called to schedule my appointments was such a delightful person.  When the crews came to my house, I could tell immediately who was in charge, which was nice.  Each member of the crew introduced themselves to me by name.  The crew members were prompt; they cleaned up every day; they never complained about the cold weather or anything else.” 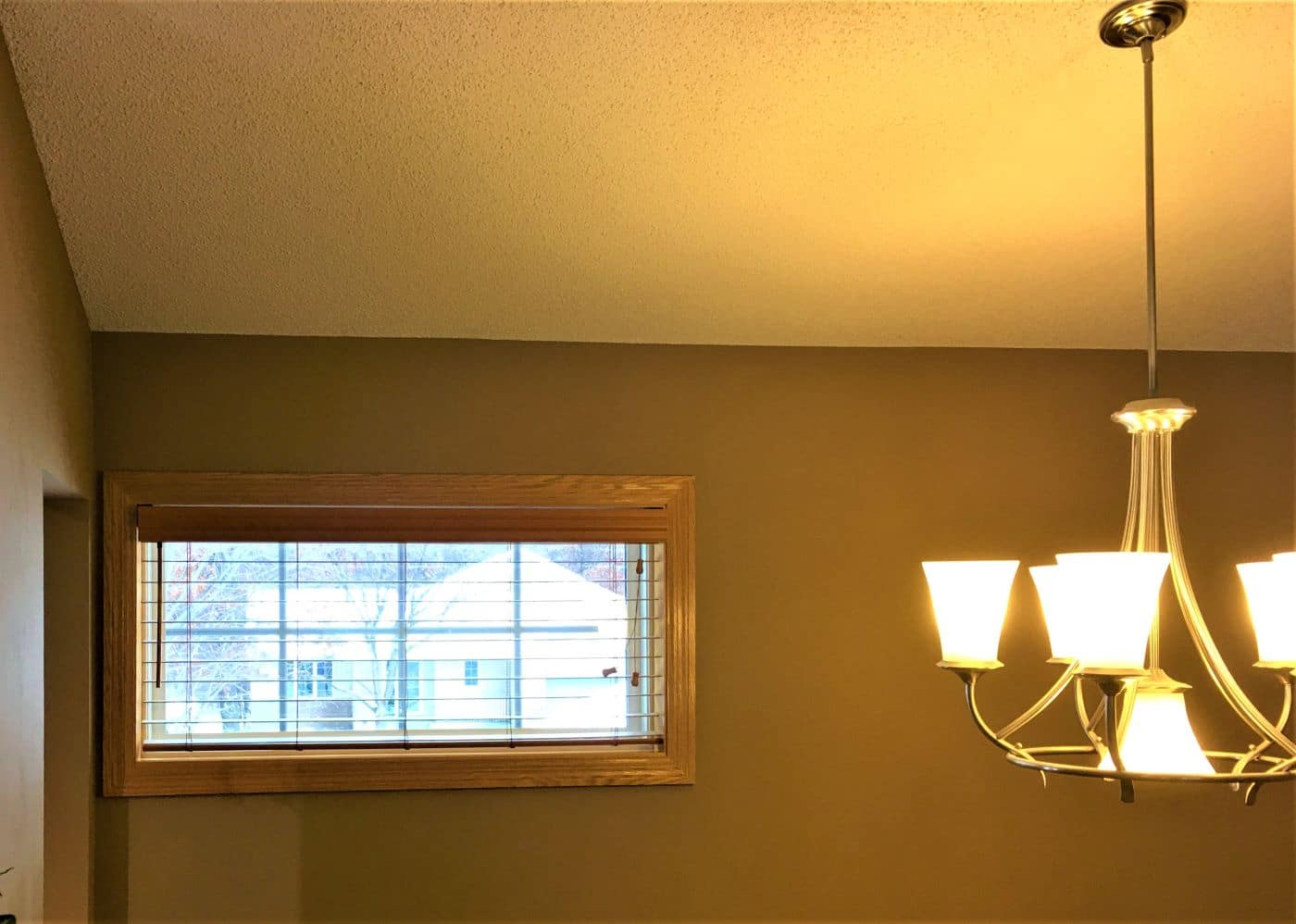 Now that her SeasonGuard windows have been installed, Debi is appreciative that she no longer has previous concern of mold growth on her windows.  She was also impressed with how much the custom window replacement has improved the aesthetics of her home.  Debi said, “I’m a visual person. I used to hate looking at my windows because of their appearance. I’d have all the blinds drawn to hide my old windows.  My new SeasonGuard windows are aesthetically pleasing.  I’m surprised at how excited I am to show my new windows to everyone who comes into my house. I even show them the before and after pictures.” 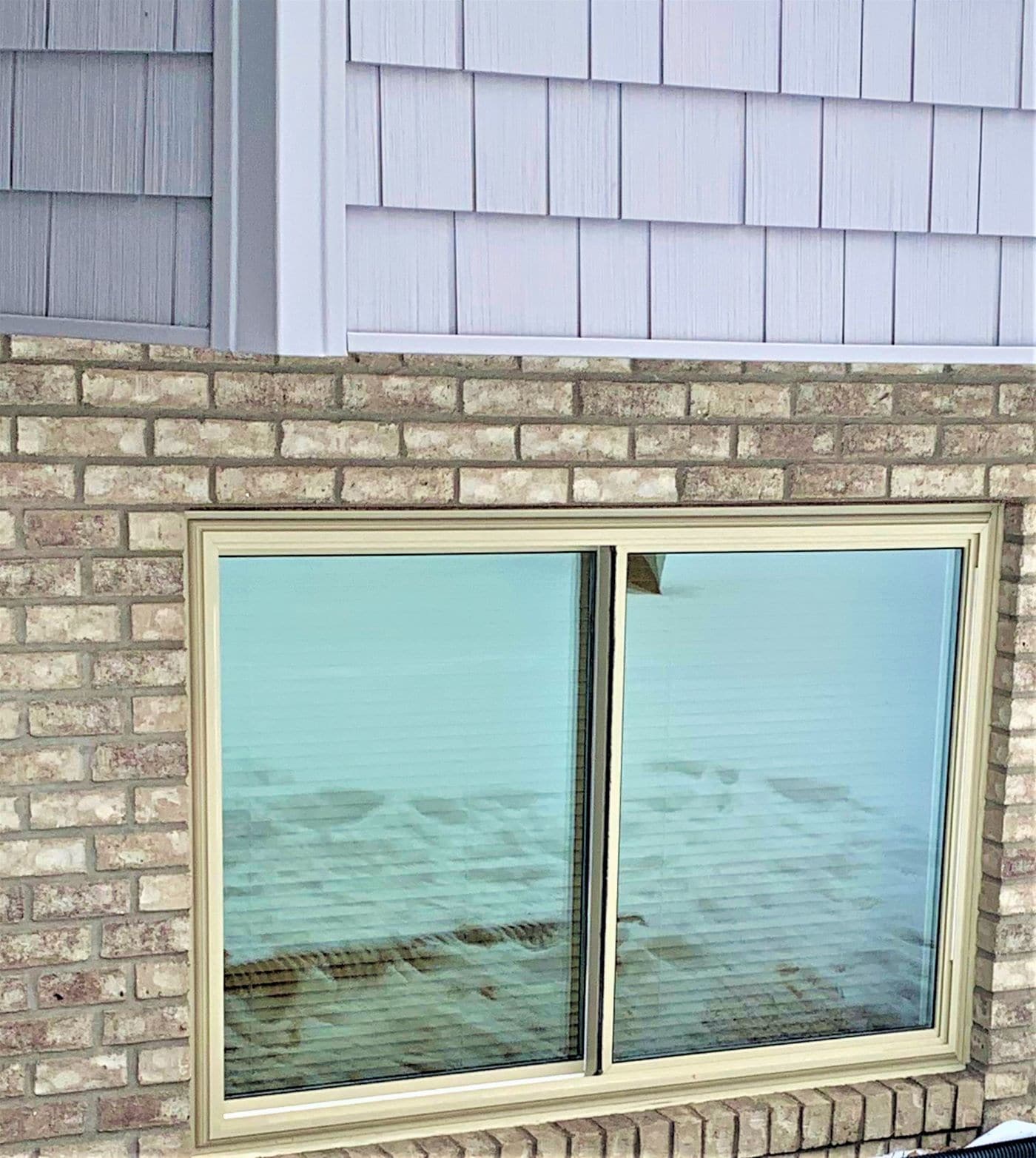 The SeasonGuard window replacement project also created a more energy efficient home.  Soon after the custom window replacement, Debi noticed that her furnace was running much less frequently.  Even family members that have come to visit have been impressed with how the new windows created a remarkably more comfortable home.  Beaming with pride, Debi reflected, “The house is so much more comfortable. I used to sit on the couch or at the kitchen table and feel the draft from the windows or patio door. Now, there’s no draft.”

In all, nearly a dozen SeasonGuard vinyl windows and one patio door were installed in Debi’s home by the craftsmen at Lindus Construction.  Her final thoughts on the project are as follows, “You put your trust in a company when you’re spending that kind of money. But I knew I would get a return on my investment.  When I eventually sell the house, this is something I can pass on to the next homeowners knowing that they will have great windows.”

This home was less than a decade old when it required storm damage restoration. Learn how we restored it to its original beauty!
Learn More

After hail destroyed his roof, James asked us for our recommendations of an asphalt roof that would have better impact resistance.
Learn More

"Amazing product. Outstanding craftsmanship. The crew was on time, professional, personable, answered every question, and left the job site spotless." - Timothy M.
June 28, 2020 Blaine, MN
"What a great company!  I had heard about them on WCCO and thought I would give them a try. They installed a window where there wasn't one and it turned out great. The installation was top notch and the guys doing the work were great. Would definitely recommend them for any of your home improvement needs. We will be using them again soon." - Cindy K.
December 6, 2019 Blaine, MN
"Lindus Construction does fantastic work." - Nick B.
July 16, 2019 Blaine, MN
"Gutters look very nice!" - Dick H.
August 22, 2018 Blaine, MN
"I've been using Lindus Construction for many years, because EVERYTHING they do, they do well. They have put on gutters, a new roof, siding, windows, doors, a new deck, and even drain tiles. Everything is done perfectly. I've tried many contractors in the past. None even come close to Lindus." - Dan O.
May 21, 2018 Blaine, MN
"Lindus built a wonderful deck for us.  The workers were friendly yet very professional. They took down the old deck, hauled it off, repaired some house damage due to poor installation by the previous builder, took care of all the necessary paperwork with the city, built a beautiful deck , and cleaned up immaculately every day!  As I write this, I am watching them re-side the house next to mine and they are being as meticulous with that job as they were with mine!"     - Joy B.
February 1, 2018 Blaine, MN
Previous Next