When Dennis and Joyce first reached out to our team of experts, it was because they had noticed a gradual decline in the overall performance of their home’s windows and doors.  Having been in their home for over 30 years, the windows and patio door had gradually become harder to operate and their energy efficiency was no match to triple pane SeasonGuard.  Learn more about the selections she made for her home. 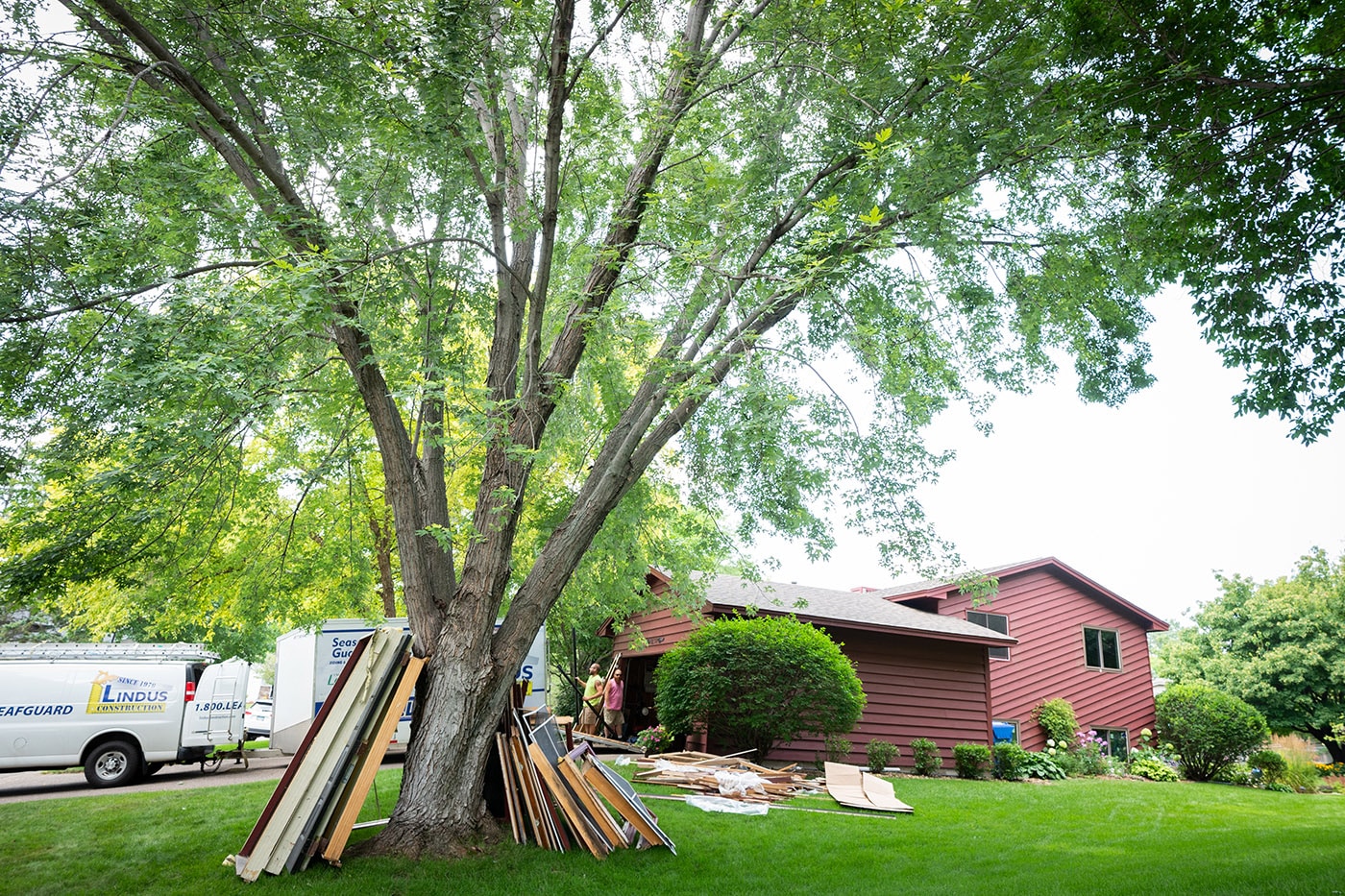 SeasonGuard Sliding Windows: For their home window replacement project, SeasonGuard sliding windows were used in the home office, living room, and several bedrooms.  Sliding windows open by sliding from side to side while being joined by a middle window sash.  This type of window works well for bedrooms because their configuration permits both sides of the window to be open at the same time, allowing for copious amounts of fresh air to enter the room.  SeasonGuard sliding windows have a narrow-line design which allows for expanded exterior views. 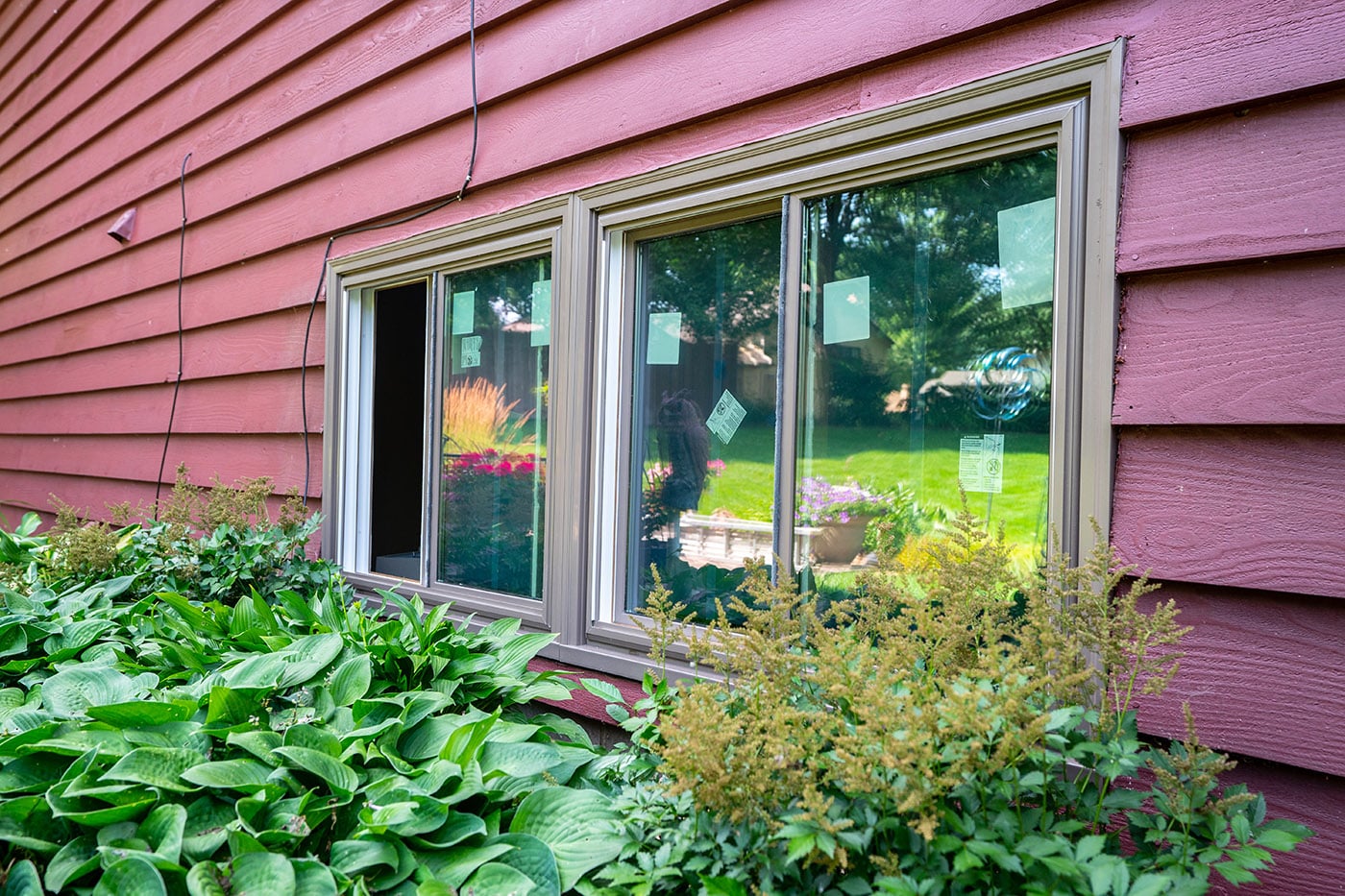 SeasonGuard Bay Window: The primary characteristic of a bay window is their larger main window that does not open, with smaller operable, angled windows on each side.   Dennis and Joyce appreciated that this style over their kitchen sink would provide ample amounts of natural light and a panoramic view of their backyard.  There was even room for her to showcase their decorative canisters on the sizable window sill.  SeasonGuard windows are offered in array of finishes and she was pleased that she was able to make a selection that would blend in well with their kitchen’s cabinetry. 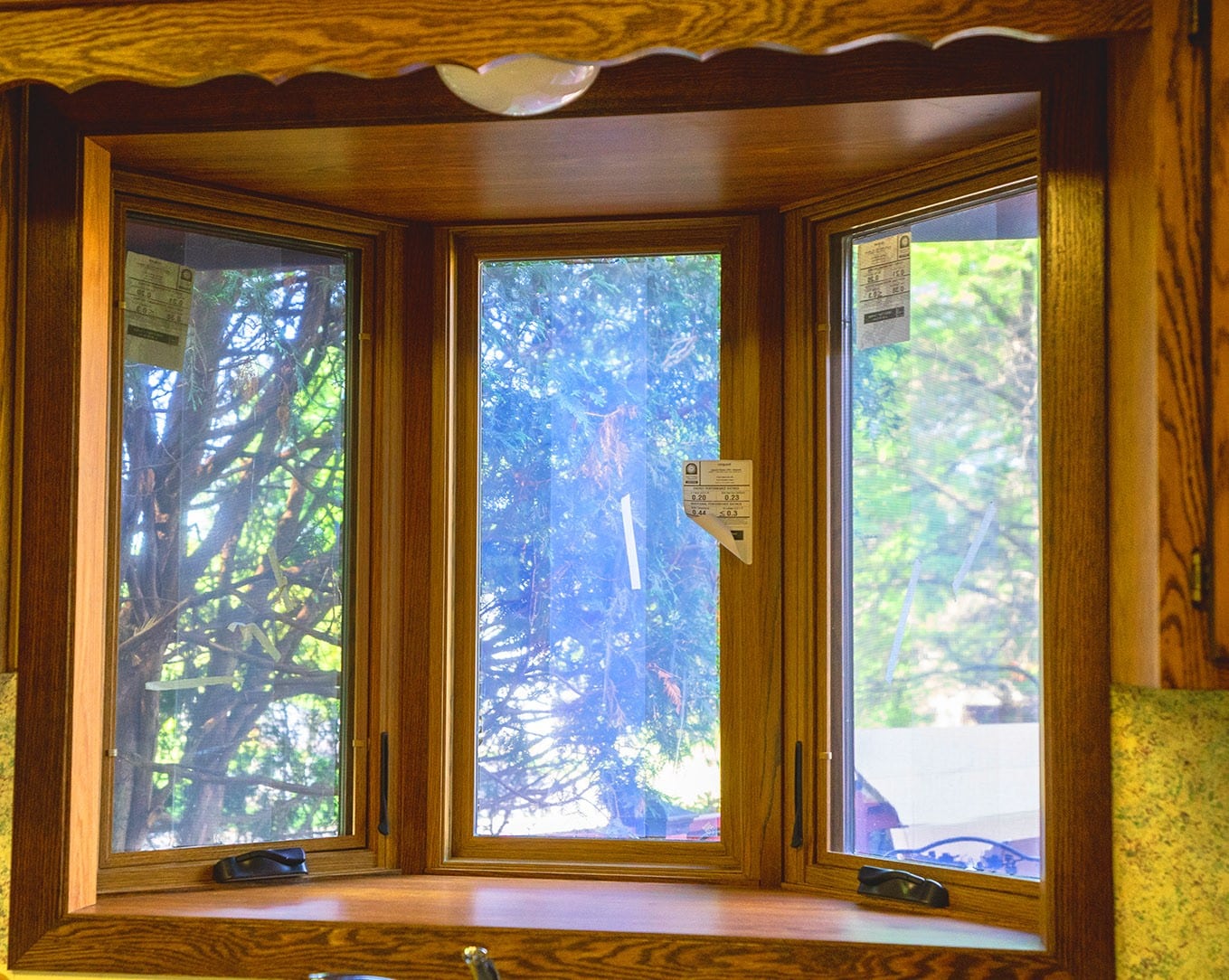 SeasonGuard Patio Door: It was evident that Dennis and Joyce’s patio door had reached the end of is lifespan and that a new door would be needed.  The couple felt confident in their choice of a SeasonGuard sliding glass door for several reasons.  Manufactured with Latitude Glass, SeasonGuard patio doors provide the maximum levels of thermal efficiency and comfort, despite Minnesota’s extreme temperature swings.  SeasonGuard patio doors are designed to allow for a maximum viewing area, which proved beneficial in showcasing Joyce’s picturesque backyard.  In addition, they are extremely durable and hold up well to daily use.

SeasonGuard Picture & Casement Windows: One of the most notable exterior architectural features of Dennis and Joyce’s home was a series of three sizable dining room windows.  All had reached the end of their lifespan and required replacement.  A new SeasonGuard picture window was installed with a casement window on each side.  Casement windows were a solid option because of their ability to invite generous amounts of fresh air into the home during warmer seasons. Casement windows are also extremely energy efficient because the sash is movable, allowing it to adhere to the weatherstripping when locked. 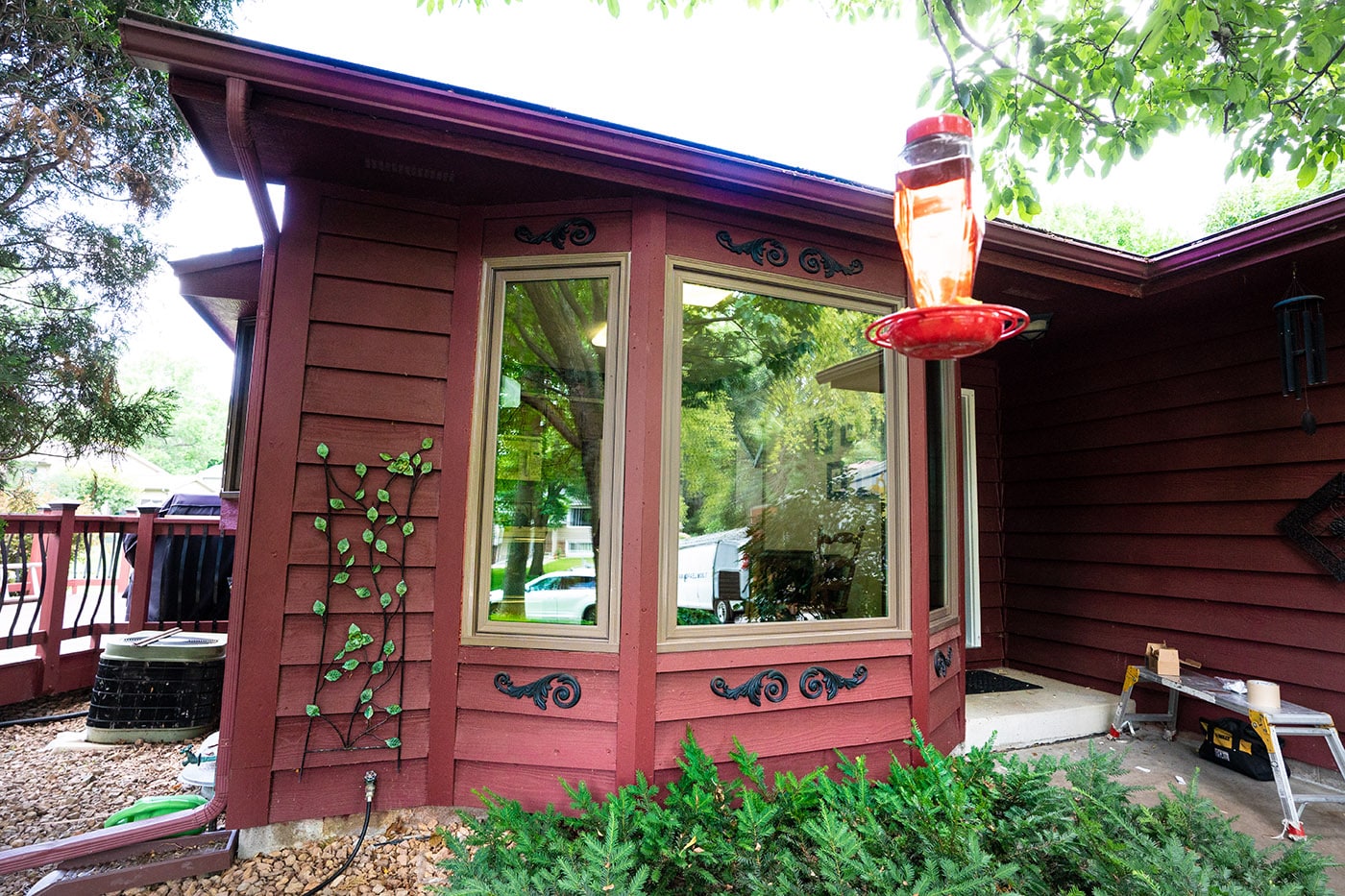 A French door was something that had always been on Carla's wish list. Fate intervened when a lawnmower hurled a rock at her home, shattering glass, and causing the need to reexamine the current door situation.
Learn More

Knowing that several windows and doors within her Twin Cities townhome would need replacement, Ginee began conducting research for a contractor and product that would be the perfect match.
Learn More
View All

"Installers were detailed oriented and did an excellent job." - Renee E.
July 10, 2019 Plymouth, MN
"Animals (bats and squirrels) caused a lot of damage in our attic. All the insulation had to be removed and replaced as well as vents repaired. They told us when they would do it and how long it would take and it was done on time. They did not make a mess and all the workers were very courteous and listened to our concerns. We would do work with Lindus again. They want to do things right!" - Don W.
April 26, 2019 Plymouth, MN
"Friendly service and they do great work. They installed a new roof and this year 2019 I had them come out and take snow off the roof. On time with the snow removal. Very happy with Lindus Construction." - Daniel O.
March 26, 2019 Plymouth, MN
"The work was excellent." - Sharon G.
March 20, 2019 Plymouth, MN
"We have been very pleased with the workmanship and the craftsmen that have worked on 2 of our homes in the past. " - Tom L.
March 5, 2019 Plymouth, MN
"This is a wonderful company to work with on roofing and gutters! They are very professional and they care about their customers." - Marietta D.
January 18, 2019 Plymouth, MN
Previous Next