The harshness of the winter of 2019 will long remain in the memories of Minneapolis homeowners.  Cold temperatures and ice were prevalent, and February set a snowfall record.  These conditions provided the optimum opportunity for ice dam damage.

An ice dam is a sheet of ice that forms on the edge of a roof that prevents melting snow from being able to exit the roof. Instead, the sheet of ice causes water to back-up underneath the roof’s shingles, into the soffits, and eventually into the interior of a home.

Story and a half homes, like the one our client, Jack, owns are particularly susceptible to ice dam damage because they lack a conventional attic, making them tricky to insulate and ventilate.  Jack had attempted the use of heat tape on his roof to alleviate ice dams, but to not avail.  The zippering of his home’s shingles was further evidence that a new roof was also needed.

Here was the long-term solution our team proposed in order to ward off future ice dam quandaries.

Insulation: In order to curtail future ice dam damage, our team needed to create a hot roof through the use of five inches of spray foam insulation.  The entire roof cavity is filled as the material expands.  The installation of a hot roof eliminated the need for ventilation because the spray foam insulation is affixed on top of the roof sheathing.  This approach raised the R-value of Jack’s home because it prevented future air leakage and heat loss, which are a root causes of ice dams. 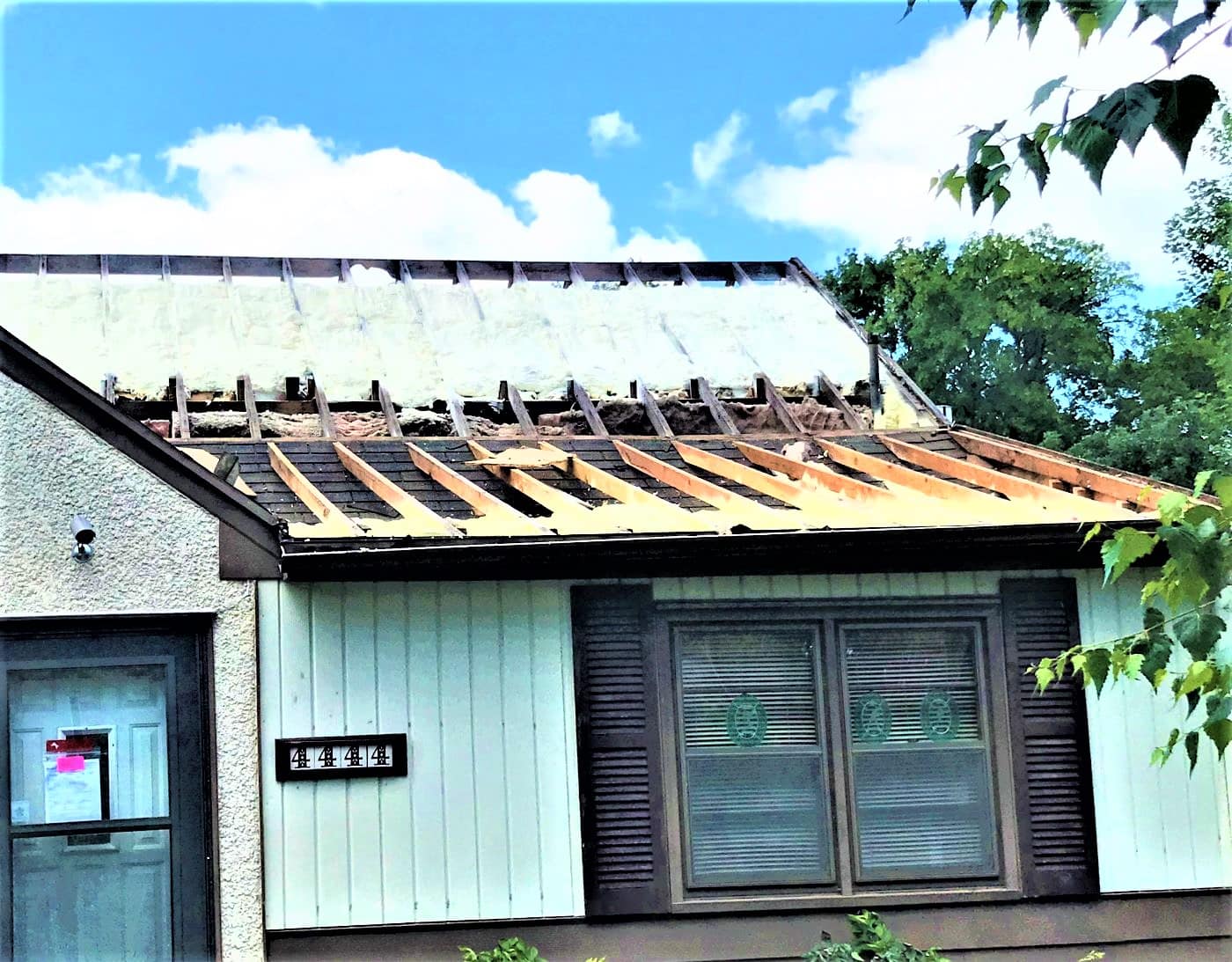 Roofing: Wanting to avoid future ice dam damage, Jack leaned on us for advice on the roofing material that should be used on his home.  Our suggestion was that he make the switch away from asphalt roof shingles to residential metal roofing.  The surface of a metal roof is slippery, and it provides a straightforward method for ice and snow to quickly exit the roof.  The lifespan of a metal roof also made it an optimum choice for Jack who was looking to make this roof the last he’d ever install on his home.  Made of highly recycled content, Jack’s metal roof is guaranteed to never rot, crack, warp, of flake.  From an aesthetics standpoint, the metal roof also improved Jack’s curb appeal, while also providing an opportunity for insurance savings due to the material’s resistance to hail and fire. 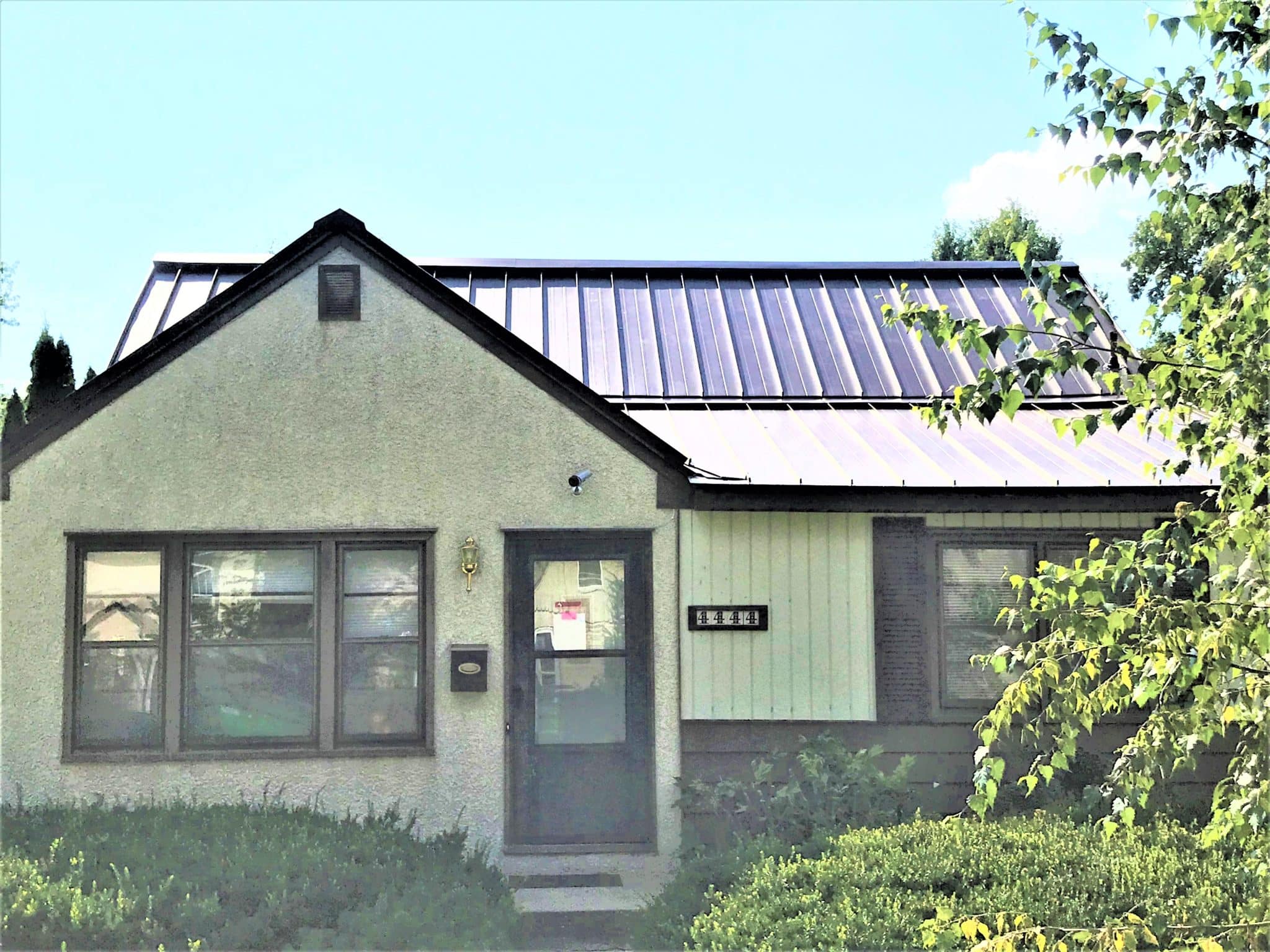 Upon conclusion of his project, Jack had this to say, “The job went well and the installers were professional, yet personable and friendly. They did a great job while overcoming some difficult problems presented by my old 1 1/2 story house.  I like the looks of my home including color and how everything was done.  It looks so much better and I know it’s going to be way better in the wintertime for me, so I’m looking forward to that.”

Cedar shakes were proving to be problematic on this Northern Wisconsin roof. Read how we helped the homeowner address the situation.
Learn More

Find out why this Twin Cities homeowner replaced his cedar shake roof with a metal one.
Learn More
View All

"I've used Lindus for two projects now and have been very happy with the experience both times.  I have enjoyed working with your company and appreciate the quality of work that you do." - Soo-Young L.
January 4, 2021 Minneapolis, MN
"We have used Lindus for several projects and this one, like all the rest, have been completed on time and in a very professional manner. We have and will continue to strongly recommend Lindus." - Ron S.
December 14, 2020 Minneapolis, MN
"All the service was great." - Neil S.
December 12, 2020 Minneapolis, MN
"We are extremely happy with the outcome. The salesman, crew, project managers, everyone was professional and focused on getting it done right. When we had a problem, Lindus went with it and offered a fair solution. We are grateful for their problem solving and intent to get the best product for us. The crew would not leave until they felt it was the best work - and it was a challenge on our 1914 structure. We are pleased and happy with our beautiful house. Our neighbors are still complimenting us! Thank you Lindus." - Noreen G.
November 16, 2020 Minneapolis, MN
"Lindus staff did high quality work and were highly professional. The roofers were amazingly hard workers. After the project was done, we have had a number of people walking by comment on what a great job Lindus did and how unusual and beautiful the new roof is. A realtor has told us the work done by Lindus will increase the resale value of our house. The project financing we received is an exceptionally good deal.” - David Z.
October 22, 2020 Minneapolis, MN
"They did a super job and they were very pleasant." - Hedda O.
September 19, 2020 Minneapolis, MN
Previous Next