Matt, an avid outdoorsman, jumped at the chance to purchase a Western Wisconsin home situated on two acres.  He appreciated the large mature trees throughout the property and picturesque views.  The interior of the house was equally appealing with hardwood floors and updated bathrooms.  Although the home’s insulation had recently been upgraded by the seller, it wasn’t long after Matt moved in that he was noticing drafts from both patio doors and several of the windows.  This was to be expected, as many of the windows were original to the home which was built in 1966.  Like many homeowners, Matt chose to have his project completed in phases.  For the first phase of the project, the top priorities were the replacement of both of his patio doors, new living room, kitchen, dining room, and bathroom windows.

Awning Windows: There are several benefits of awning windows, which are hinged on the top and open inward and outward.  This configuration allows for increased ventilation, which was desirable in both Matt’s kitchen and bathroom.  In addition, awning windows provide privacy while also allowing natural light to filter in. Matt appreciated that the SeasonGuard awning windows he chose are accompanied with warranties on the workmanship, glass, and all moving parts.  Their triple pane ensures that Matt’s home energy efficiency woes are a thing of the past. 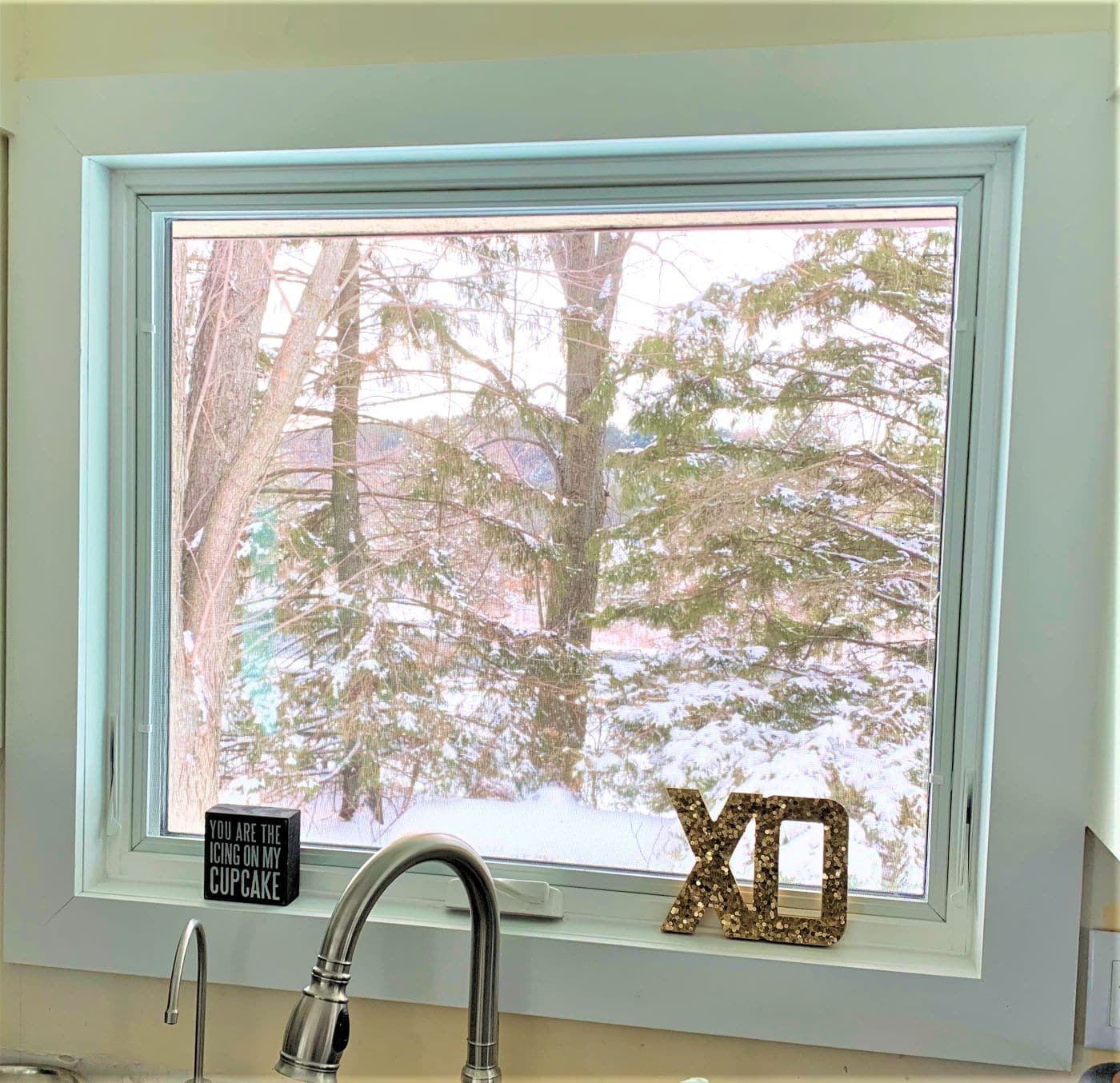 Casement & Picture Windows: In both Matt’s living and dining room, scenic views are abundant due to the casement and picture windows.  However, the air infiltration from the preexisting windows had become impossible to ignore.  The installation of SeasonGuard picture and casement windows proved to be a sound choice on several fronts.  They feature 27% more visible glass than other windows in their category, inviting an abundance of natural light into Matt’s home. SeasonGuard windows also feature Latitude Glass which will keep Matt’s home cooler in the summer months and warmer in the winter months. 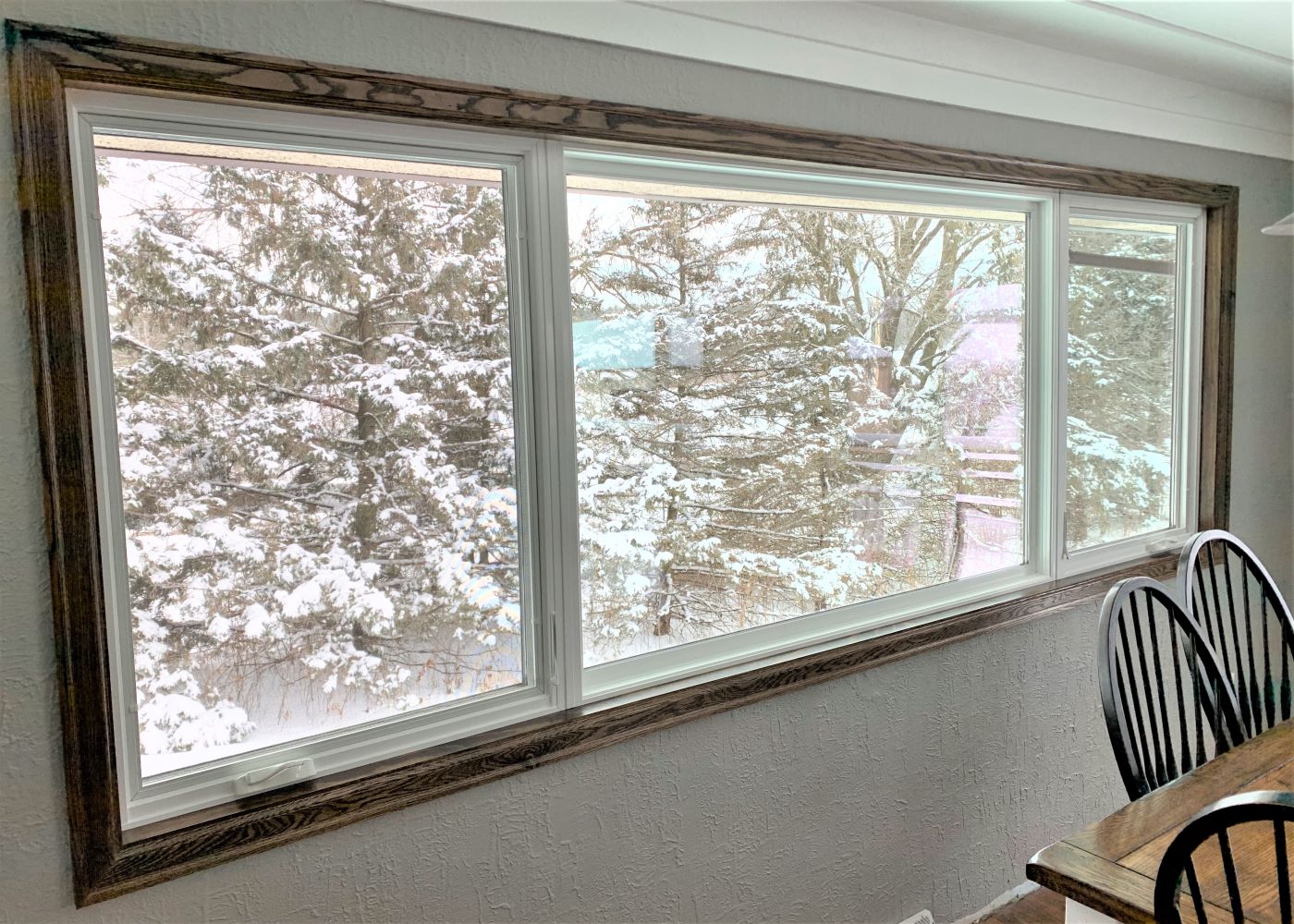 Patio Doors: Matt knew without a doubt that sliding door replacement was needed in two areas of his home.  Both sets of doors were prone to frosting during the winter months because they had experienced seal failure.  The flooring adjacent to the floors was also colder than those in the middle of the room, which was evidence of air infiltration.  There were several reasons Matt felt satisfied with his decision to install SeasonGuard patio doors.  They’re fabricated to offer the maximum levels of thermal efficiency and comfort, despite the rampant temperature fluctuations of Western Wisconsin.  SeasonGuard sliding glass doors are constructed to allow for a paramount viewing area, allowing Matt and his family and friends to enjoy the scenery surrounding his home. What’s more SeasonGuard patio doors are designed for daily use and have a high level of durability.

Upon conclusion of his project, Matt had the following to say about working with Lindus Construction, “I couldn’t be more pleased with my decision to use Lindus Construction for my replacement window and door installation.  Their products, warranty, and craftsmanship are top notch.  The window department was extremely responsive and answered all questions I had. I can’t believe how much more energy efficient my home already feels.  I will continue to recommend Lindus Construction to my friends and family. You’ll be hard-pressed to find a better home improvement company anywhere.” 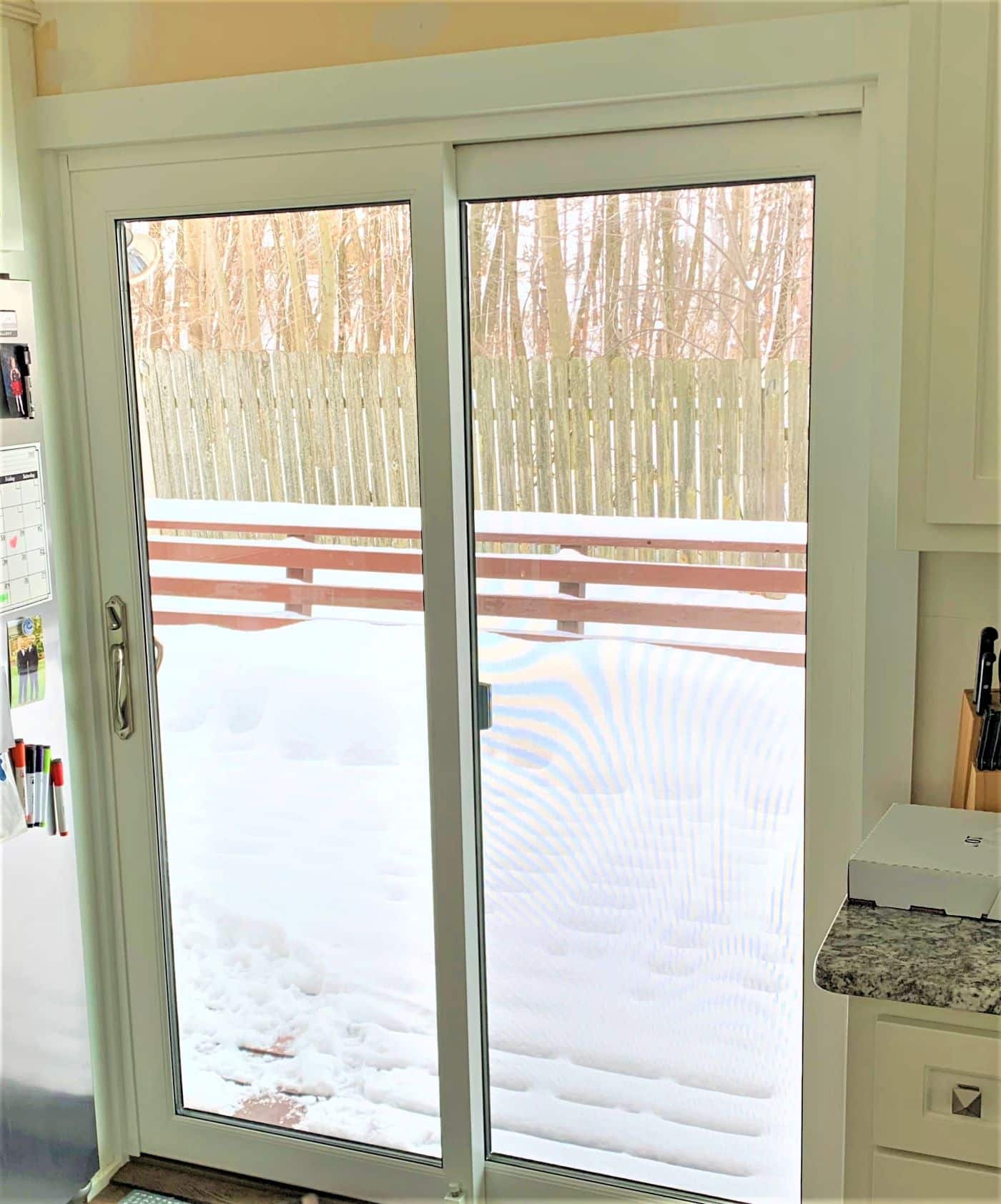 This Western Wisconsin couple's wish list included siding, decking, and windows. Their biggest request was that the materials be maintenance-free and attractive. Learn about the winning combination they chose!
Learn More

Dan & Cynthia reached out to us because their home’s original siding, windows, and gutters needed revamping.  With careful consideration for their home’s curb appeal, they opted to work with our designer to put together a cohesive look.
Learn More
View All

"Great job. Great quality workmanship." - Tom Z.
July 31, 2020 Hudson, WI
"I used Lindus at my last house in 2007 and those gutters and downspouts look as god at the day they were installed." - Kenneth M.
July 19, 2020 Hudson, WI
"We have used Lindus Construction for various home improvements in the past few years...complete deck and pergola rebuild, new patio, LeafGuard® Brand Gutters, and most recently, replaced all our windows, patio door and front doors. Lifetime warranty on all their work! Overall, we consider them a solid, capable and honest Company with good people!" - Steve & Jackie D.
May 14, 2020 Hudson, WI
"The installation team did a great job." - Phillip P.
May 12, 2020 Hudson, Wi
"Very professional and thorough in providing estimate and in actual construction. Hard workers who clean up everything after construction." - Barbara B.
April 3, 2020 Hudson, WI
"Patrick and Robbie worked through some tough weather (rain, sleet, snow) as well having to navigate snow piles and deep snow. Their workmanship and cleanup has been "top notch"!  Patrick, as the lead, has kept us well informed throughout the process and demonstrated a fine example of excellent leadership to Robbie and to us as Lindus customers." - Tom F.
March 10, 2020 Hudson, WI
Previous Next